WNYC's Performance Space Brings Us to the Future 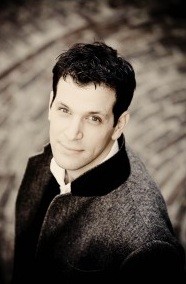 Luca Pisaroni, an up and coming bass/baritone. 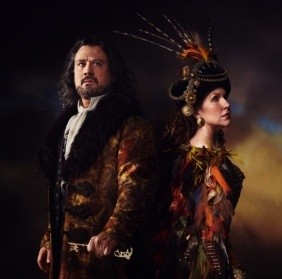 David Daniels and Joyce DiDonato in The Enchanted Island

The Jerome L. Greene Performance Space opened at Charlton Street in lower Manhattan in April, 2009. Since then its parent WNYC has broadcast some of their familiar talk show hosts like Brian Lehrer and Leonard Lopate live, town hall discussions, and even art exhibits.  The first exhibit mounted works by both emerging and experienced artists which prompted a dialogue between curators and artists moderated by the popular Kurt Andersen, host of the show Studio 360.

About a dozen rows of seats cluster around the stage.  When I attended to a preview of the Metropolitan Opera’s The Enchanted Island this week, red ticket stubs were passed out so you could get and glass of wine and take it to your seat.

Cultural institutions are learning from Le Poisson Rouge, where young and old jam in to listen and eat and drink.  Public radio has been at the front of a movement to bring readers of the New York Review of Books, the Atlantic, the New Yorker as well as sophisticated audiences who appreciate good music, film and theater all under one umbrella.

I detect under this the Starbucks effect.  Howard Schultz’s great insight was that when people who yearn to work out of home get what they want, they still want to walk out of the house and do their work with others. They want to join others for music and talk after a day alone at the computer.  For all our connectivity in the ether people want breathing, pulsing bodies to interact with. That's just not possible when roaming about in cyber space all day.

Among the teens and college students I know, a venue like The Greene Space is perfect.  They watch for rocker Lou Reed and indie new wave artist Santigold.  Evenings that introduce stand up comic, Andrew WK, and actors from 30 Rock sell out. A young woman seated next to me on a window sill said that she comes here often for rock performances.  This was her first exposure to opera.  I suggested she follow up with Willy Decker’s brilliant Traviata at the Met.

For regular listeners to WNYC the programming will be familiar.  The station runs pitches for the day’s shows and those in weeks ahead.  You can also find programs on WNYC.org.

In opera notes on our site, a more detailed discussion of what we can expect from The Enchanted Island, the new opera billed as a pastiche, will be posted.  This evening we got to hear most of the performers up close and personal.   Midge Woolsey of WQXR clearly has the idea that the better we know our singers the more we will like them. There was more bio than music talk.

For me, it is the voice and the performance that come first and foremost.  Luca Pisaroni, fresh from Leporello in Don Giovanni, will be Caliban in The Enchanted Island.  In Santa Fe this coming summer, he sings in Rossini’s Maometto II.  His father in law Thomas Hampson will be there too.  Pisaroni’s smooth rich voice and easy stage presence arrest. At The Greene Space we got a rare, intimate look and listen.

Someone like David Daniels is no barometer to judge the potential success of a work.  When he enters the stage, sets himself and sings, nothing else in the world matters.  His is a voice of consummate beauty.  Its unusual countertenor is now in great demand.  During the past year, I have seen him at the Met in Orfeo, at the Lyric in Midsummer’s Night Dream and Hercules, in Santa Fe in Griselda and at Carnegie Hall in concert. Hearing him more and more only leaves me hungry.  So now we have his Prospero.  The aria he sang was stunning, but that, as you can see, came as no surprise.  What really was delightful was being so close to the voice.

This kind of experience the Greene Space provides in spades.  Look at the program, pick your bliss, or try something unfamiliar at this delightful venue