Broadcast to the Clark and Mahaiwe 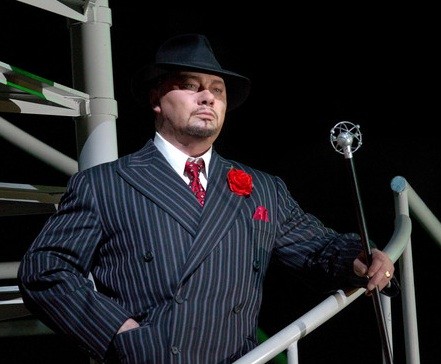 Rene Pape, one of the world's great basses. 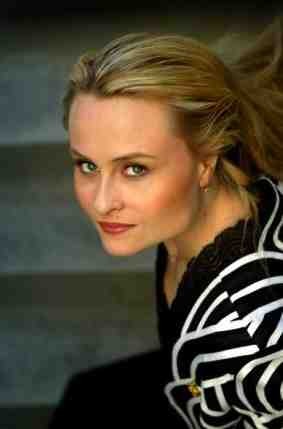 An arresting actress, Marina Poplavskaya might be better on Broadway.

Faust is on December 10th at the Clark and the Mahaiwe.  The production is so disappointing that we simply are not going to comment.  Some of the singing can not be called singing.  But Jonas Kaufmann in the title role and Rene Pape in his iconic Mephistopheles role, make this Gounod Faust from the Metropolitan Opera worth watching.

The problems that arise from Met General Manager Gelb's fear of opera create issues in what is put on in the house and then broadcast in HD.  The soprano Marina Poplavskaya is an arresting performer who most agree can not sing.  From the halls inside the Met come reports that both Kaufmann and Pape have had problems with both this soprano and the director, 'a charming hack', Des McAnuff.  That great performers and the conductor should be put through this exercise at one of the world's arguably great houses is not a mystery, but there are no signs that issues created by Gelb's fear of the form are going to be resolved any time soon.

I hope that The Enchanted Island, a new pastiche opera, will be a huge success.  It scares me to hear Jeremy Sams who created this new opera with William Christie, a baroque specialist who will direct.

The much-maligned George Steel of the New York City Opera put on a terrific program in the spring with Rufus Wainwright, David Henry Hwang, Stephen Schwartz and John Kander among others.  The topic: the difference between musicals and operas.  In discussion what became clear is that in opera character and story development are driven by through-composed music. The young people I bring with me to the opera invariably love the form.  It doesn't have to be dumbed down or pastiched to delight a young audience.

Sams described the pastiching process as 'mashed up music.'   This term is used by contemporary musicians when they mix composers.  In The Enchanted Island we will hear Handel, Vivaldi and Rameau mashed up.  Bach did not fit, according to Sams, who spent time at a country estate with the conductor William Christie working up the mash.

My young friends have loved Verdi's Macbeth.  I made the mistake of describing Lucia de Lammermoor as an opera in which a brother tells his sister what to do.  Young Shantay turned down my poorly presented invitation.  I won't do that again.  I have learned.

In fact, if you read the correspondence of great composers like Puccini and Verdi, you immediately sense that what makes compelling opera is the vision of one artist realized in music and drama on stage.

Sams reports that the recitatives are sung, which may be an effort to place what we are about to see in the opera cannon.  That simply is not enough. Actually opera as a form has no problem surviving, unless it is taken down by the fears of a powerful person like Gelb.