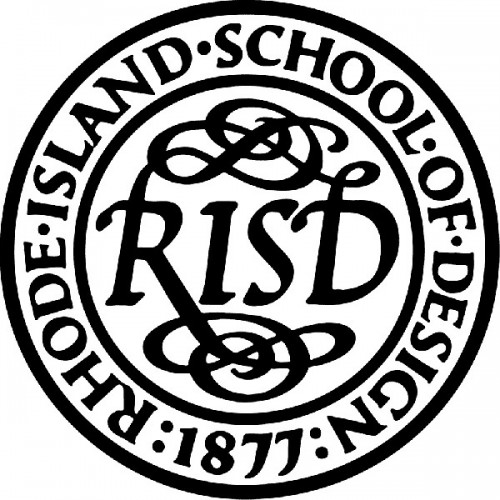 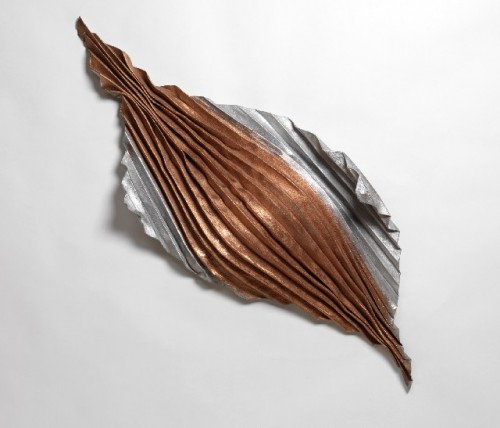 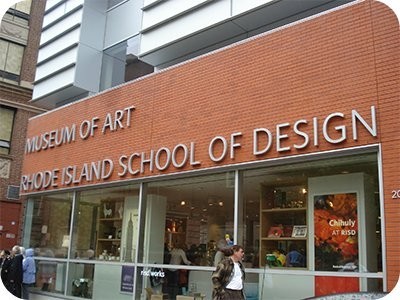 "The RISD Museum is pleased to announce this donation, the latest in Bank of America's legacy of generosity to our Museum and community," says John W. Smith, Director of the RISD Museum of Art. "Bank of America supported the Museum's highly successful recent exhibition of Linda Benglis' work, and through gifts such as this they continue to foster the public's appreciation and enjoyment of contemporary art and museums nationwide."

"We are delighted to provide such a meaningful and significant piece to the RISD Museum of Art, an institution which helps make Rhode Island a vital cultural and arts education hub," says William F. Hatfield, Bank of America Rhode Island president. "Bank of America recognizes that supporting arts organizations is critical to the financial, cultural and social health of our communities."
Pleiades was featured in the RISD Museum's fall 2010 exhibition Lynda Benglis, a major retrospective sponsored in part by Bank of America. Inspired by folded and gathered drapery, and reminiscent of the surfaces of ancient Greek statues, Pleiades is from a series of "pleated" wall-relief sculptures Benglis created in the late 1970s through the early 1990s.
Made from metal mesh covered with layers of zinc, copper, aluminum, and bronze, the sculpture appears light and soft, although its weight is considerable.
"No other artist has used sprayed metal in this way. Benglis extends the definition of what sculpture can be while, at the same time, she draws on her own Greek heritage and art of the past." "Pleiades exemplifies Benglis' highly inventive and masterful experimentation with materials," says Judith Tannenbaum, the RISD Museum's Richard Brown Baker Curator of Contemporary Art.
For more than 40 years, Benglis has defied prevailing ideas about the nature and function of art, earning a reputation as both a pioneer and a provocateur. Last year's retrospective at the RISD Museum of Art included more than 50 works representing the breadth of Benglis' remarkable output, dating from the 1960s through today. Boston Globe art critic Sebastian Smee called the show "A terrific survey of her work" and said Benglis is "one of the most compelling, fearless, jubilant, and underrated American artists of the past 40 years."
The RISD Museum of Art was the first North American venue for this major survey show, which was organized by the Irish Museum of Modern Art, Dublin, in collaboration with Van Abbemuseum, Eindhoven; Le Consortium, Dijon; Museum of Art Rhode Island School of Design, Providence; and New Museum, New York. The exhibition tour of Lynda Benglis was made possible by Bank of America.
The presentation at the RISD Museum was supported in part by contributions from Agnes Gund, Bank of America, the Bafflin Foundation, Locks Family Foundation, John Cheim (RISD BFA '77), and Howard Read (RISD BFA '76).
Back to Fine Arts Section Home