Backstory of How the Musical Made Its Way to Broadway 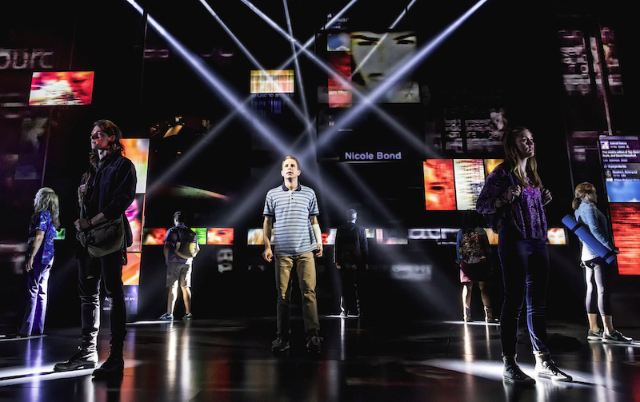 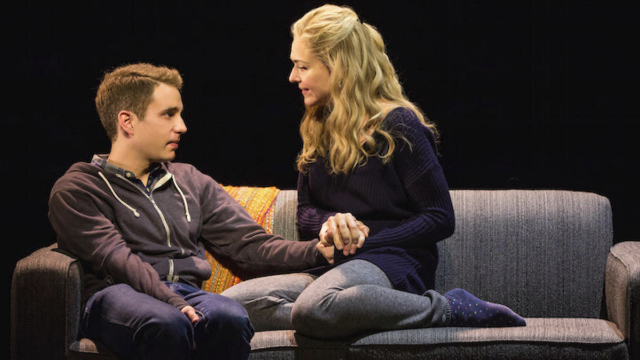 That is what a group of theater critics learned recently during this year’s American Theatre Critics Association’s mini conference in New York City.

ATCA members, who gather annually for a major conference and periodically for mini conferences, heard the story from the major players involved in bringing the story to Broadway.

The journey of “Dear Evan Hansen,” which opened on Broadway Dec. 4, is a “classic story” of how a regional theater can serve as a “testing ground” for a show’s worthiness for a New York run, Marks said. He added “Dear Evan Hansen’s” journey epitomizes how regional theaters can allow its audience members to serve as “judge and jury,” in considering a show’s worthiness for even more prestigious markets, such as Broadway.

“It was deemed worthy of the people of Washington,” Marks said.

“Dear Evan Hansen” played Washington D.C.’s Arena Stage during the summer of 2015. Several months later, it moved to New York’s Second Stage Theatre. The show, about a lonely teenager, a tragedy and a lie that grows out of control on social media, enjoyed acclaimed runs at the aforementioned venues, propelling the production to Broadway’s Music Box Theatre.

Marks raved about the production in his review.

“The show is on one level a sly romantic comedy, the story of a high school caper gone risibly awry,” Marks wrote. “On another, it’s a cautionary tale for our times, about the double-edged seductiveness of finding ‘community’ on the Web. On still another (level), it’s a nuanced account of lying and being lied to — and how there can be surprising advantages on both the giving and the receiving end of a deception.”

Marks was hardly the only one heaping praise on the musical and its production.

Audience members in Washington would approach Mindich and the musical’s creators following a performance and offer glowing comments.

Children would remark that they felt the character of the mother mirrored their own mom.

Parents recognized Hansen in their children and adults said they were just like Hansen during their high school days.

Despite the positive remarks, the show wasn’t perfect.

Levenson said he changed about 30 percent of the show from the time its run ended at Arena Stage to its opening on Second Stage. He tightened material and expanded other parts of the show.

Mindich said Pasek and Paul were open to criticism as well. “What I love about these guys is that they are very good listeners,” she said. “They listen and they learn.”

She added it is “hard to give them notes because you know that in their minds they’re worrying about what to do next.”

The pair began collaborating as freshmen at the University of Michigan, where they earned BFA degrees in musical theater in December 2006. They’ve been working together for 13 years.

During the panel, the duo said they’d originally wanted to be actors but weren’t getting parts they desired.

Vanity Fair has referred to them as “the heirs of Rodgers and Hammerstein.”

“It’s extremely rare these days to encounter new writers working with such confidence and ability,” Backstage magazine raved. “Pasek and Paul’s (work) is melodically rich and quietly redolent of period while speaking in its own voice, with lyrics of artful simplicity and rigorous craft that reveal volumes. Their achievement demands recognition.”

Mindich said although she’s 20 years Pasek and Paul’s senior, she “loved their storytelling”; while they were writing songs about people their age, she connected the music and lyrics to her life.

The two grabbed her attention.

“I did stalk them,” she joked.

Mindich said she found herself repeatedly playing their songs.

“I wanted to meet them, I wanted to do something with them,” she said. She added, “there was more talent in those two” than in the established people with whom she was working.

Paul said Mindich was open to what he and Pasek desired to write.

“She said ‘I want to know what’s the story you want to tell,’” Paul said.

Pasek said Mindich was the first person to tell them she’d give them free reign to create.

“She wanted to do whatever they wanted to do,” Marks said. “This is what a producer does; it’s a perfect story to understand that it’s from a personal passion on a producer’s part wanting to make something happen.”

Marks said when he first started reporting about theater, he had to explain to readers what a producer does. He or she doesn’t just hire the director and secure a theater for a production.

“It’s something much more granular than that,” he said. “It’s exactly the exchange that (Pasek, Paul and Levenson) are describing. What do you want to do? What can I help you do?”

“This was a show that was birthed in the brains of these young men and was developed from a completely original concept,” the veteran critic said.

Marks said part of the “genius” of the musical is that audiences are able to sympathize with Hansen, who’s “perpetrating something quite hurtful on other people” but it’s completely understandable why, given the circumstances.

“You come to feel so deeply for him in spite of what he’s doing,” Marks said.

Pasek said when he was in high school, a student without many friends died one summer. When students returned to school in the fall, they claimed they were close to him and “made him into a figure.”

The students “claimed they had a relationship with him they never had.”

Pasek wanted to pretend he was close to the late youngster as well. But why, Pasek asked Paul. The two began talking. They spoke about their generation’s response to the Sept. 11 terrorist attacks; specifically, how many in their age group felt a need to “come together.”

“Dear Evan Hansen” began to take shape with questions such as “when something tragic occurs, why do we feel (the) need to be part of that story? Do we have a built-in need for a community and these days, more than ever before, we’re not connected?”

While people may feel the need to connect, “maybe these days, more than ever, we’re not connected,” Paul said.

The two came up with a character who couldn’t connect.

Marks described the musical as a story “centering on a lie.” It’s one that’s “told inadvertently” by a troubled young man. The lie spirals out of control, mainly because it involves the death of another student at his school. Hansen claims to have been the boy’s best friend. The family of the late youth becomes convinced the two were best friends and takes him under their wing. Complications result from the lie.

In his review, he wrote, “As in all good farce, the complications pile on.”

“For those allergic to synthetic sentiment, rest assured that the show, with a haunting score by Benj Pasek and Justin Paul…matched by a book of equal sensitivity by Steven Levenson, doesn’t sledgehammer home its affecting story,” Isherwood wrote. “On the contrary, the musical finds endless nuances in the relationships among its characters, and makes room for some leavening humor, too.”

Isherwood also opined that “this gorgeous heartbreaker of a musical…has grown in emotional potency during its journey to the big leagues.”

“We have friends who have followed us from that very first day in D.C.,” Mindich said, adding people came in “busloads” to New York to see the show.

“We have made very deep and engaged friends along the way,” she said.