Mass MoCA Given $3 Million in Memory of Irene Hunter 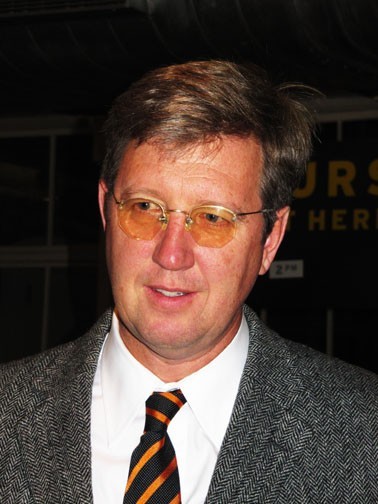 MASS MoCA announces a major $3 million gift from the estate of Irene Hunter. This gift also leverages an anonymous $1 million challenge grant and the resulting $4 million total marks the completion of MASS MoCA's Permanence campaign which raised over $36.4 million since its launch in 2007.  The Permanence Campaign had three goals: To create an endowment to provide financial stability for MASS MoCA's future and to build and endow a "museum within a museum" dedicated to Sol LeWitt's Wall Drawing Retrospective, and to support operations during the campaign period.

The gift from Irene Hunter comes in the form of the creation of a new endowment fund for dance at MASS MoCA.  The purpose of the fund is toenhance MASS MoCA's capacity to nurture and present innovative dance programming of the highest quality; to develop new audiences for dance in the Berkshires; and to encourage continuing collaboration between MASS MoCA and Jacob's Pillow Dance, deepening the institutional connections that have been formed over the past twelve years, and encouraging new ones.

"We are deeply appreciative of this capstone gift from the Hunter family," said Joseph C. Thompson, MASS MoCA director. "This marks a pivotal moment for MASS MoCA and it is so appropriate that it comes from the Hunters, whose substantial support in 1999 created the performing arts space that bears their name.  Irene and Bing Hunter and their family are the kind of patrons every museum director dreams of: innovative, challenging, steady, generous and precise.  For example, Irene dovetailed her passions beautifully when she persuaded Paul Taylor Dance Company to perform at the christening of the Hunter Center stage in October 1999. The Hunter family made a lead gift to MASS MoCA in our infancy based on the family's history with North Adams and the transformative economic effect that they saw MASS MoCA might have on the region.  This recent gift is based on the family's love of dance, enabling MASS MoCA to support new art in a way that the institution did not dream possible only a few years ago.  We express our deepest thanks to Jim Hunter, who has been a long-time board member, and to his sisters Susan Hunter, Elizabeth (Beano) Solomon, and Bonnie Trotta."

Jim Hunter commented,"My sisters and I are extremely pleased to have been able to arrange for this gift from my mother's estate.  It will benefit two things very close to her heart: MASS MoCA and dance. She was an early, and passionate, supporter of MASS MoCA for what it brings to the community, and had always hoped to see more dance programming here.  As such, this is a most appropriate gift in her honor."

The Fund will support dance performances of the highest quality, together with dance residencies and creative development workshops focused on dance at MASS MoCA.  The program will include major performance engagements in the Hunter Center plus several dance residency workshops.  It will also allow for the continuation of professional dance instruction that precedes MASS MoCA signature, and wildly popular dance parties.  Investment earnings from the Fund may also be utilized for marketing dance programs, audience development initiatives, and community outreach.

Irene Hunter's family has a long, rich history in North Adams.  She was married to the late James "Bing" Hunter for 57 years and they raised four children in the northern Berkshires: Elizabeth 'Beano' Solomon, now of Park City, Utah; James "Jim" Hunter of Williamstown, Mass.; Bonnie Trotta now of Mount Kisco, N.Y.; and Susan Hunter now of Dedham, Mass.  The James Hunter Machine Company (which was headquartered where North Adams City Hall stands) was founded in 1847 by James Hunter, who came to North Adams around 1840 from Scotland by way of Canada. Bing Hunter was the long time president of the company.   James Hunter's great, great, great grandson Jim Hunter has served as a MASS MoCA trustee since 1997, two years before the museum opened.  From chairing fundraising campaigns to making wreaths for church bazaars, both Bing and Irene Hunter were dedicated philanthropists and volunteers, spending their lives improving their communities. Irene's philanthropic interests were directed primarily toward education and the arts - in particular dance -- and she was the recipient of the only Lifetime Achievement Award ever awarded by The National Association of Fundraising Professionals.

During the past eleven years, MASS MoCA has become one of the world's premier venues for new art and performance - the institution's attendance places it among the top four contemporary art museums in the United States - and has served as a vital catalyst for the economic resurgence of North Adams and Northern Berkshire County.  MASS MoCA's operating cost per square foot is less than one-third that of comparable museums, but historically the museum has operated without cash reserves or endowment to help balance its annual budget.  The goal of the Permanence Campaign was to start an endowment that will ensure that MASS MoCA can continue to be a strong cultural and economic engine far into the future.

"Some might ask if this somehow relieves MASS MoCA of the need for continuing fund raising," added Thompson. "While a terrific boost, we are still very much dependent on the continuing support of our members, gifts to our annual fund, grants and sponsorships.  Indeed, there are two realities to the completion of this Permanence Fund campaign.  The first is that many donors are still making multiple year payments on their endowment gifts, so we cannot expect to enjoy the full benefits of investment earnings on endowment for several years out.  And while people are making these large capital gifts, our 'bread and butter' annual gifts to everyday operations and programs will continue to be tight.  Secondly, the textbook definition of a financially robust not-for-profit is one that obtains approximately 35 percent of its annual operating budget from endowment earnings.  Even after all the Permanence Fund endowment pledge payments come in over the next few years, our earnings from endowment will be about 13%  of our total budget, thus a balanced budget will still require lean operations, coupled with strong annual giving.  This is a great beginning."