Mark Rylance in Farinelli and the King 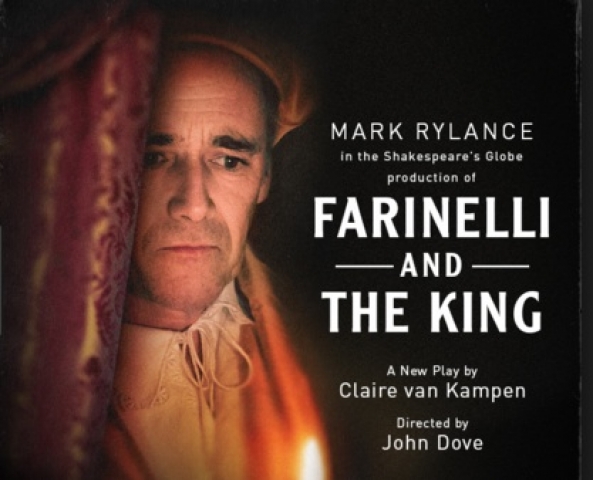 Farinelli and the King at the Belasco 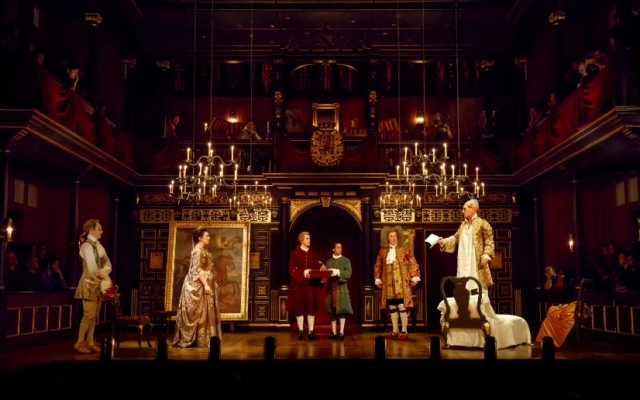 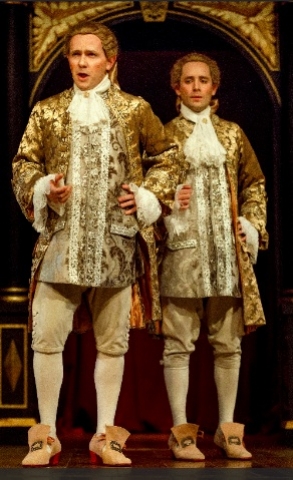 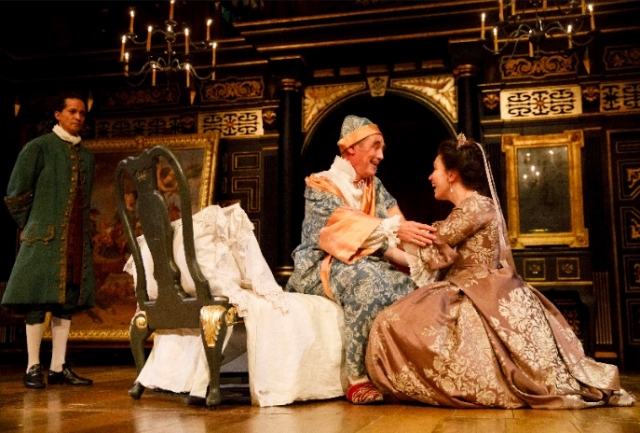 Huss Garbiya looks on as the King enjoys his wife. Photo by Joan Marcus 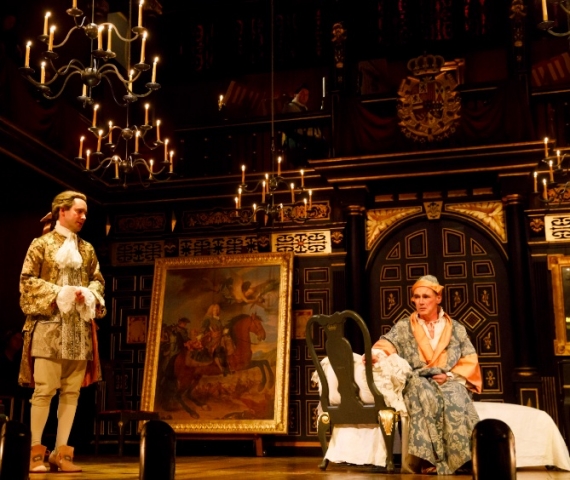 There has been no question, since George Steel presciently cast Iestyn Davies in Georg Frederick Handel's Partenope in the spring of 2010, that we were hearing one of the great opera artists of our time. Composer Nico Muhly and I (among others I'm sure) went to three Partenope performances just to hear that voice.  Muhly would quickly arrange to compose songs specially for Davies.  Thomas Adès did too. Davies sang in The Exterminating Angel this fall.  Claire van Kampen heard Davies on the radio and determined to get him to sing the castrati role in Farinelli and the King.

The play is based on the true story of mad King Phillipe of Spain who was cured by extraordinary singing. Philippe is played by the superb English actor, Mark Rylance. The audience is filled with the admirers of the greatest actor of our time. Over and over they see and appreciate everything he does.

Davies at first resisted the role of Farinelli.  Countertenors are not the same as castrati. Van Kampen had conceived dual parts for the one character of Farinelli. One would sing. The other would not, but would carry the spoken lines.

An excellent actor on the operatic stage, Davies imagined that he would be uncomfortable as a doppelganger.  In fact, the divided person works well in the story.  Farinelli does not feel that he is singing when he sings.  The voice feels detached and as though it does not belong to him.  In this staging it does not.  Davies gets the juicier role as 'voice.'

Rylance has a trademark approach which involves deploying his body as his brain digests what is going on around him.  It often takes him a while to speak, but we feel that he is contemplating, even planning, before he says a word.

In the first act of the new play, this approach is not evident. Instead, Rylance is a rush of words, driven perhaps by portraying mania. His dialogue with his fish Arnoldo, who accidentally ends up thrashing on the floor, is touching. We believe in the relationship between man and fish as much as Phillipe does.

In this first presentation of character, the texture and dynamics of Rylance's voice are musical.  Lines are shaped.  The at first shocking insertion of contemporary dirty slang is perfect.  In these jutting, jarring exclamations, we come to know exactly how Phillipe feels about his kingly role. Having donned a preposterous (but historically accurate) wig, he tears is off and suggests burning it in the fire.

In the second act, when a small group from the court has retired to the country for cure,  Philippe is more relaxed. Here we see classic Rylance, thoughtful and slowly reactive. His remarks are withheld so that we eagerly lean in to await them.

For the sheer beauty of the line, the composer Handel is incomparable. His music is used throughout the play. This is not the customary music of the castrati, but here history has been stretched so that Davies' voice can best be displayed.

Audiences in Handel's day came to hear great performers.  Empowered by their box office draw, singers demanded show stoppers. One after another, Davies as Farinelli delivers them. Long-breathed but rhythmically flexible lines distinguish the singing.

The big singer of Handel's day, Senesino, sang thirteen Handel operas at the King's Theater.  Critics wrote that he was 'beyond all criticism.'  So too is Davies. He may surpass his predecessors with his powerful, clear, sweet voice.  He never "loads adagios with ornaments and delivers his notes with refinement." Written of Sesino and just as true 300 years later in Davies' performance.

Interestingly Davies sang for twenty-five minutes at every performance in London.  Opera singers tend to be more like pitchers than first baseman, and Davies is returning to a rotation system in New York.

Phillipe's madness could be more strongly drawn by the playwright.  It is hard to feel his dilemma in the play's more muted mode.  The parallel between suffering mental pain and the physical pain of castration inflicted on Farinelli at age ten is often referred to.  Yet neither man is given a chance to fully express these pains. We might have had a deeper experience if the playwright had drawn on Alan Bennett's work on King George III. Ann Rice's powerful Cry to Heaven depicts the eighteenth-century castrati men who lived as idols, concealing their pain as they were adored as angels, yet shunned as half-men.

Davies brings down the house singing Handel. Rylance, as one would expect, is gracious as he demurs to the singer. Nothing can surpass music. It does soothe the savage beast and tends the soul, as Riccardo Muti and Andris Nelsons often tell us.

This play is a testament to the power of music to trump all else.  It is wonderful theatrical entertainment.