Live At The Revolution 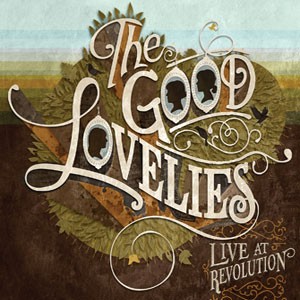 CD cover, The Good Lovelies - Live At The Revolution 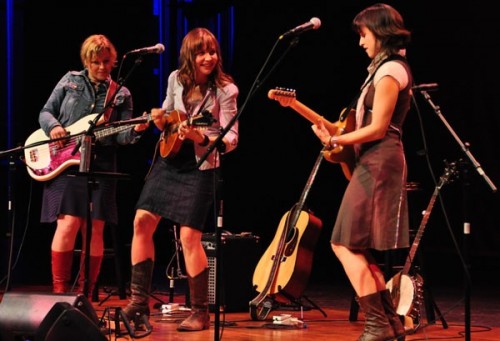 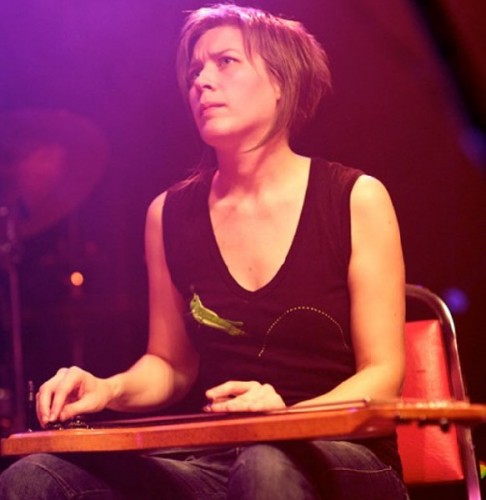 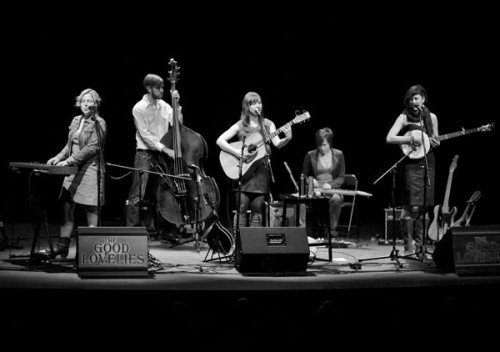 The Good Lovelies - Live At The Revolution

The Good Lovelies:
Live At Revolution
GL005
(in association with Six Shooter Records)

Readers may have noted my previous accolades for the Good Lovelies and they will find no diminishment here in my appreciation or praise for this new release. If anything, the lasses continue to hone their vocal and instrumental skills and rise to new levels of artistry.

There are always risks and tradeoffs with live recordings. While spontaneity is heightened, the opportunity for mistakes increases as well. The performances here were selected from those recorded over two nights before a modest audience of friends, fans and family at the Revolution Recording studios in Toronto. They have been assembled in an almost seamless pastiche and are as joyous a representation of a Lovelies live event as I could imagine.

While the trio here have the luxury of some backup, honorary Lovely, Paul Mathew on bass, the much-in-demand Christine Bougie on electric guitar and lap steel and steadfast Les Cooper on guitar and mandolin, truth is they hardly need them. The ladies are such competent instrumentalists that the additional accompaniment where used, while admittedly an enhancement is more an insurance and a reassurance than a requirement.

For my senior peers, the obvious comparison is the one to be made with the Andrews Sisters, because the harmonies generated by the Lovelies are highly reminiscent of those ‘40s icons. However, the Lovelies have a flavor all their own, derived in part as a result of singing while playing instruments which accents a talent for phrasing that is subtly yet assuredly an order of magnitude in sophistication beyond that of the Andrews trio.

Within the first few bars of the opening “Heebie Jeebies”, I was smiling broadly, tapping both feet and fingers and bopping my head.

A couple of previously recorded songs are reenergized here with the live treatment. I laughed at patter I had heard before, because the delivery and timing is as good on repetition and if anything; my delight was whetted by anticipation.

Although considered to be “folk performers,” Kerri Ough, Sue Passmore and Carolyn Brooks transcend genre. While playing traditional stringed instruments, the songs they sing, the ambiance they create, the experience they generate for their audiences spills out well beyond the limitations of any genre.

Live At Revolution is the best they have yet produced. It satisfies completely. If it does not win industry notice, nominations and awards I will be amazed.

Leonard Cohen's Hallelujah as performed by The Good Lovelies