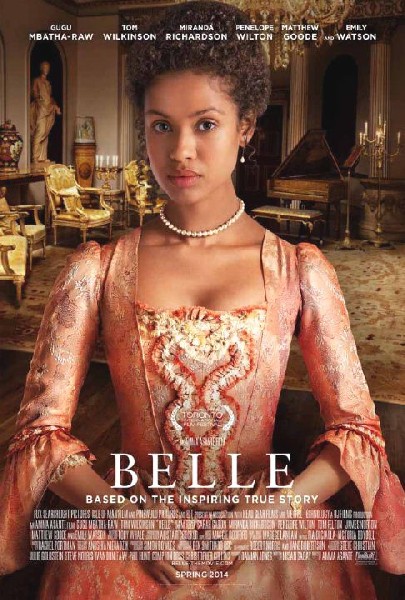 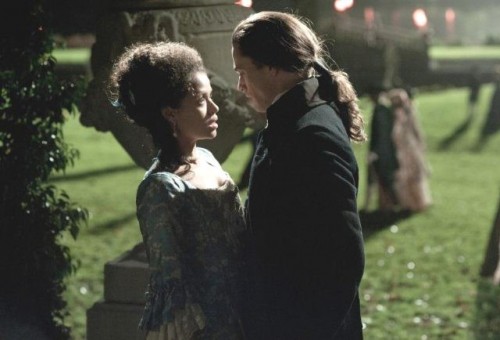 The costume drama is based on a true story. 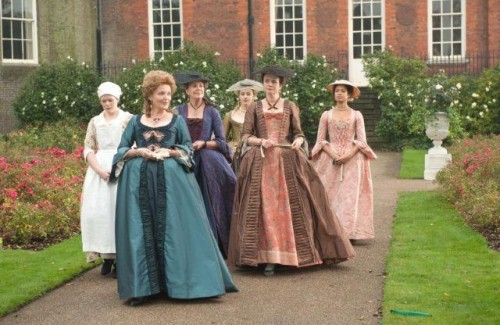 Back when women were ladies. 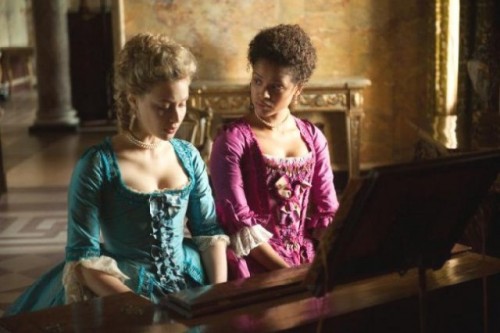 The hottest and glitziest film festival in North America launched its Silver Anniversary effort on Friday, January 3, 2014, with the British costume movie “Belle”.  The sold-out opening night film was screened for 1200 attendees, dignitaries, and celebrities at the Palm Springs High School auditorium.

The selection of the opening night film is extremely important in setting the tone and quality of the films that are to follow over the next ten days. “Belle” didn’t disappoint the audience.  It’s nicely directed by British writer/director Amma Asante, who is on Variety’s “Top Ten Director’s to Watch” list.  “Belle” is her second feature film.

Set in England in the late 18th century, “Belle” is the illegitimate daughter of Royal Navy Captain, Sir John Lindsay (Matthew Goode) and an African woman, now deceased.  Before shipping out on another voyage, Lindsay asks his great uncle and aunt, Lord and Lady Mansfield (winningly played by Tom Wilkinson and Emily Watson) to take care of his illegitimate daughter, called Dido.  They gracefully accept, although they are taken aback when they first meet her to discover that she is black.  But in the stuffy and class oriented English society, under the law, aristocratic birthright trumps bigotry in this lush and engaging British costume drama.

Dido played by beautiful English actress Gugu Mbatha-Raw, brings just the right amount of reserve and assurance in her new position as an heiress and as a young and desirable woman of substance, especially in 18th century England where nothing attracts men more than beauty and money.  As the fortune hunters emerge like ants to honey, the bigots and racists put in their tuppence-worth, only to be rebuffed and ignored by Dido and her aristocratic family.  Her heart belongs an idealistic commoner, John Davinier (Sam Reid) the local vicar’s son.

The issue of slavery as a legal business in British society is brought into sharp focus in “Belle”.  English commercial shipping interests, who transport slaves worldwide, are lobbying the Crown to favor their position in a lawsuit brought by the insurance cartels who want the insurers to pay for any losses when slave ships and their cargos are lost for any reason.  Wilkinson, as Lord Mansfield the highest-ranking aristocrat and King’s High Commissioner, will adjudicate the lawsuit.  His decision will affect the lives and commerce of millions of his countrymen, and others around the world.

This romantic tale is pretty straightforward when it comes to an uncomplicated storyline and boasts a solid cast of extremely accomplished British actors.  The marvelously gifted English character actress Penelope Wilton, playing Lady Mary Murray has a wealth of credits including: four seasons on TV’s “Downton Abbey” portraying Mathew Crawley’s mother, Isobel Crawley.  “The Best Exotic Marigold Hotel”, “Calendar Girls”, and Woody Allen’s film “Match Point”, among others, leads the support pack displaying her rapier-like wit and comedic talents as the old maid aunt of the family in “Belle”.

Also sharing the screen with Mbatha-Raw is lovely Sarah Gadon as Lady Elizabeth, Dido’s cousin, and Miranda Richardson as the bigoted and money obsessed Lady Ashworth.

The film is an entertaining visual feast for the eyes and ears.  The characters may not be discovering Radium, or creating great works of literature, they are just the subjects of a crowd-pleasing movie.  We Americans dearly love happy ending in our movies.  Yes, Dido and John Divinier finally do embrace and yes, they do live happy ever after.