Larry Murray of Berkshire On Stage 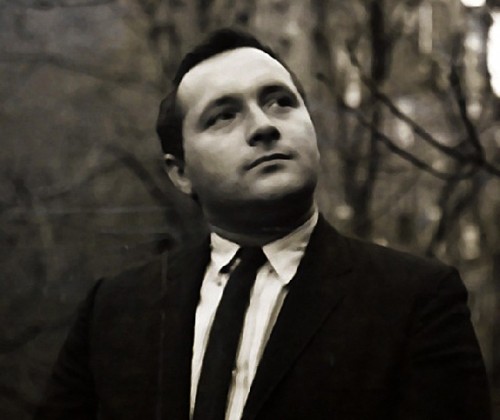 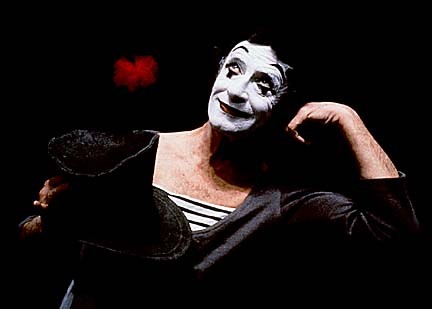 During a stroll from the Ritz to Pocket Mime just down Newbury Street Murray recalled that Marcel Marceau never stopped talking. 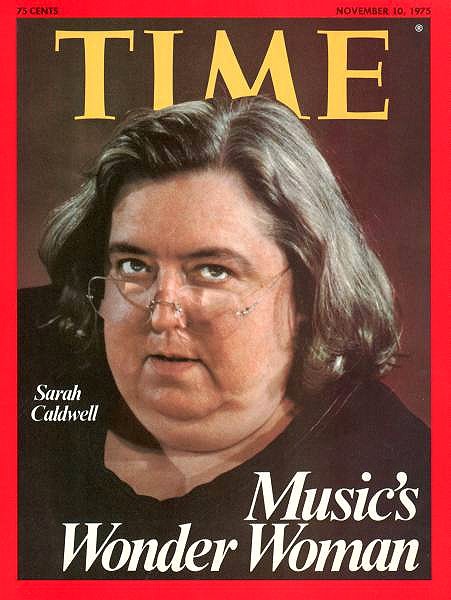 Working with the legendary Sarah Caldwell was often not that wonderful. 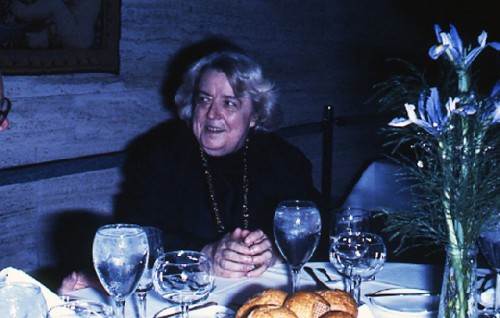 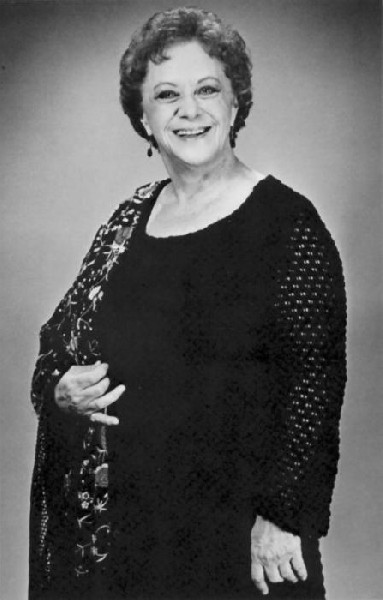 Murray learned a lot working for E.Virginia Williams the founder of the Boston Ballet. 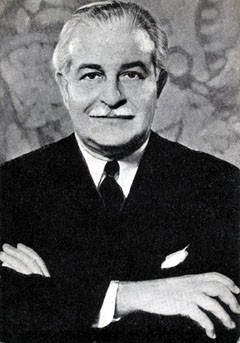 Murray was on duty at the BSO the day his friend Arthur Fiedler passed away. 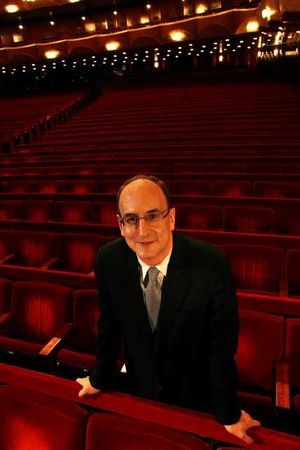 Working for Peter Gelb back in the days before he became General Manager of the Metropolitan Opera.

Charles Giuliano How did you get involved with theatre?

Larry Murray I became involved in the Long Island Community Theatre, run by Bruce Ferguson, who kept me busy most weekends selling tickets. I was also painting flats, and then loading in a show to some high school auditorium to do Glass Menagerie or Streetcar Named Desire. He used equity actors mostly, though they were paid under the table and sometimes used another name since it was not scale. At 17, I was his house manager, running the box office, dealing with ticket buyers, ushers etc.  I also helped with the load in and load out. On Sunday, when all was done, we would head into Manhattan in his Jaguar and hobnob with other actors.

When they say that being involved in theatre is like becoming part of a family, this is the sort of experience they talk about. Everyone around me was older, wiser, and very kind. Ivy Wensley came from the British panto tradition and taught me diction, accents and physical comedy. Magda Kari was a Hungarian actress who taught me fencing, ballet and simply how to behave in public.

Years later I read in the paper that the founder, Bruce Ferguson, whose favorite Noel Coward line was "Women should be beaten regularly, like gongs," was sent to jail for tax evasion and wife beating.

CG Oh my goodness. It sounds like your initiation into theatre was tough and stressful. How did that impact you?

LM As I hit my thirties I battled the bottle and won that battle in 1975 when I was at the Pocket Mime Theatre in Boston. Pretty much every job before that entailed hangovers and late arrivals. We operated in the chapel of the Church of the Covenant on Boston’s Newbury Street where Gallery Naga is now doing business. We lasted three years there until the fire department discovered our theatre in a space with only one exit door to the outside. Busted.

CG Tell us a bit more about Pocket Mime.

LM It is because of the Pocket Mime Theatre that I got to meet Marcel Marceau, the great French mime. Annegret Reimer, the artistic director of the company was all over me to get Marceau to see the fledgeling company. He had a two week engagement at the Shubert Theatre. J Tormey was our red headed sensation on stage, with two equally fabulous actors, Kate Bentley-Birchenough and Michael Atwell. Somehow I got in touch with him, and with my fractured French and his modest English, we managed to figure out a good time.

The theatre was just four blocks from the Ritz Carlton where he was staying, and I went to pick him up at the appointed hour, and navigated him down Newbury Street. Without his whiteface and Bip costume nobody recognized him. During our leisurely walk and before the performance his patter was endless. He didn't stop talking until the house lights dimmed. I guess mimes just make up for lost time when they are not on stage.
One day we received a call from the Perkins School for the Blind. They wanted to bring their students to a mime performance. Since we performed in total silence, I couldn't imagine what a group of blind students would think, sitting there unable to see, and with nothing to hear. Of course I referred them to another local company, and then started searching for groups that catered to the deaf and mute community. More appropriate.

CG So you were again out of a job?

LM During my time there doing marketing and audience development, we were getting more television coverage than either the Boston Ballet or the BSO, and more press coverage - especially from the Phoenix and Real Paper - than was usual. It was the decade in which theatre in Boston really blossomed. The Theatre Company of Boston broke the ground that produced The Boston Rep, The Proposition, Cambridge Ensemble, Public Theatre, Lyric Stage and a dozen more companies. They all flourished in a city that really only had a couple of theatrical companies prior to that. I do not count some old timers like the Footlight or Lantern Clubs since they were more community based. I am still in touch with many of the actors and directors from that period. Some have gone on to bigger and better things, like Al Pacino and David Morse.

CG It sounds like you were in the thick of the theater during an interesting period.

LM Not only was theatre coming into its own but it was also the time that the State Arts Council was founded, now known as the Cultural Council. I was also involved with the original First Night and Clara Wainwright, before it became the big deal it is under our colleague Zeren Earls. Arts service organizations were just coming into existence and it was also during this time that Mark Favermann and I first met and got to admire each other. I loved how he put together the Boston Visual Artists Union.

From the little theatre I went on to the Boston Ballet, then the BSO in marketing and promotion jobs. I was convinced that numerous promotional opportunities were being wasted. And in preparing copy for releases, I would research the show and principals and try to think like a reporter. I included all the essential information that might be needed for the press kit.  One of the people who led me to do this was Sarah Caldwell who had little use for me, a local publicist, who did not fill her appetite for national publicity. She would read a draft of a release, close her eyes, turn away, and hold the sheet of paper out like a dead mouse. She would hand it back to me saying: "gross inaccuracies."  Then I had to drag the offending phrases out of her.

CG Caldwell was legendary for her girth and mirth. It must have been quite an experience to have worked for her.

LM She could be hot and cold. One day she is embracing me with enthusiasm and the next day my check bounced. I was still wet behind the ears and one of my biggest faux pas was putting the names of Joan Sutherland and Marilyn Horn ahead of the composer on the program cover. She had a rule that nobody, not even Callas or Picasso could ever get a credit until the composer and lyricist were recognized.

CG That’s a rule I abide by as well.

LM Then she would narrow her eyes, and ask, what are all these blank pages. "Advertising," I would explain, and she then asked how much I sold the ads for. Within 24 hours she had sold the receivables to a bank to pay for some extravagance on the stage. She used live doves to fly over the head of Joan Sutherland in Semiramide when she made her first entrance.

Of course, Caldwell had a reputation for being unkempt, but that came as the price for the intensity with which she approached her operas. She did garner a world-wide reputation despite herself.  Once I took her for an interview with WGBH's Ron DellaChiesa who was at WBCN which was a classical station back at the time. The studio was on the roof of 171 Newbury Street, just across from the Opera Company offices. The elevator was miniscule so I squeezed Sarah into it and ran up the stairs, only to have to get her to the top via some steep and narrow stairs. To this day, Ron laughs about the vision of me pushing Sarah up those steps.

Another day I had arranged for her to be the cover story for the Boston Globe Magazine, and somehow the writer got Charles of the Ritz to agree to do her hair. So I shuttled her to the Ritz in my Volkswagen "Bug" and waited. When she came out she looked remarkable, and just as I was about to compliment her, she took a deep breath, saying she was glad "that was over," running her fingers through the delicate permanent and returning things to normal. I gasped and begged her to leave it be.

All of these experiences, even the ludicrous ones, deepened my knowledge and appreciation for the performing arts. Eventually I found myself working with Peter Gelb at the BSO, who was the promotion manager in the late ‘70s. When the BSO was about to go to China for the first time, Peter tried to hire me away from the Boston Ballet, but I had committed myself through the end of the season, and turned him down. He and the orchestra broke down the bamboo wall. A few months after his return he again asked, and I accepted.

CG  That seems like a real step up from Pocket Mime to the BSO.

LM Much as I loved rubbing shoulders with Seiji Ozawa, Leonard Bernstein and violinist Joseph Silverstein neither Gelb nor I had much use for the politics of the BSO. I was at Tanglewood when my old friend Arthur Fielder died, and handled all the press calls that day. There are lots of Fiedler and BSO stories, but suffice it to say that I was not a happy puppy there. When Arts Boston offered me the job as executive director of the agency I took it. I stayed there a decade, my longest run ever.

In between I spent several years at the Boston Ballet and came to know not only E. Virginia Wiliams, but also Arthur Fiedler who conducted their Nutcracker every year. Fiedler had a terrible habit of gobbling up all the walnuts which were part of the props for Dr. Drosselmeyer to demonstrate his nutcracker. The plate would be offstage, in the same room Fiedler rested in before conducting. Eventually we glued the walnuts together so he couldn't eat them, and left a second dish for him to attack when his nerves acted up. Everyone thinks he was a curmudgeon, but it really was just an impatience to get things done. He hated the politics of music.

I adored the Boston Ballet's founder E. Virginia Williams and regarded her as a close friend, though we only worked together for a few years. On the shuttle to New York to meet with Norman Walker, who headed Jacob's Pillow at the time, she was in the midst of trying to cast 26 performances of "Nutcracker" with a cadre of too-few dancers. I was a white knuckle flyer in those days, and she noticed the clenched fists, the sweat and ashen look.  She calmed me down, and when we returned, I was a real bastard and wouldn't let her leave the airport until she finished the casting for the program which was due at the printer in the morning.

At the time, the Boston Ballet got little respect from the funding community, and was only able to grow through earned income from ticket sales, program ads and the boutique in the lobby. The last year I was there, they earned 90% of their expenses at the box office. I sold so many subscriptions - using a full color magazine in the Boston Globe - they had to order me to stop promoting them.