Liza Minnelli Trashed by John Seven in the Eagle

Pissed that She Didn’t Wear Panties at the Oscars 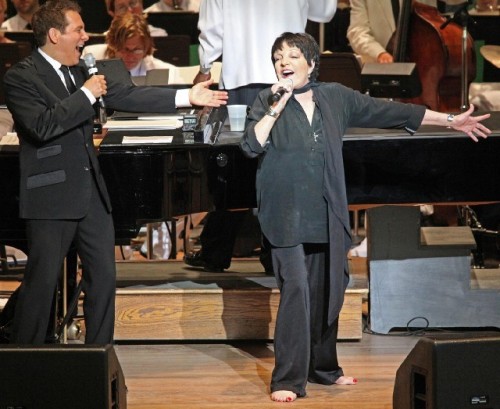 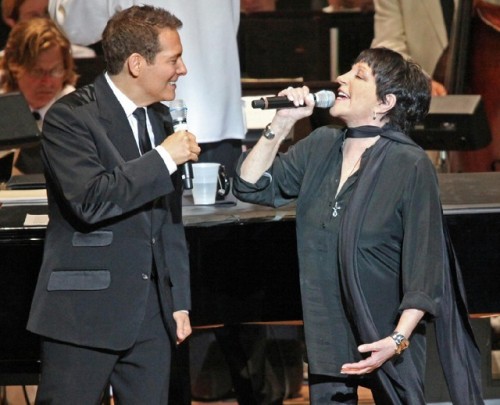 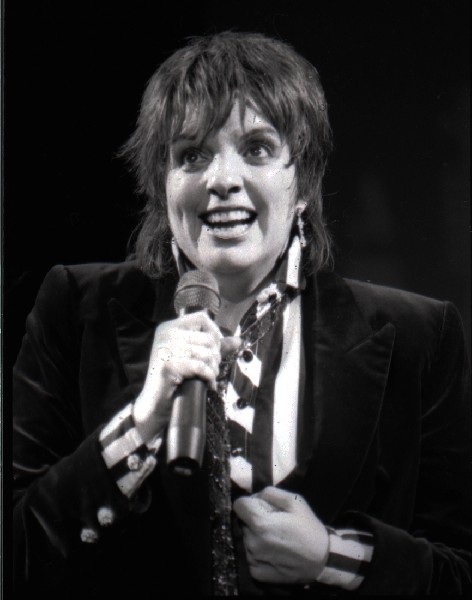 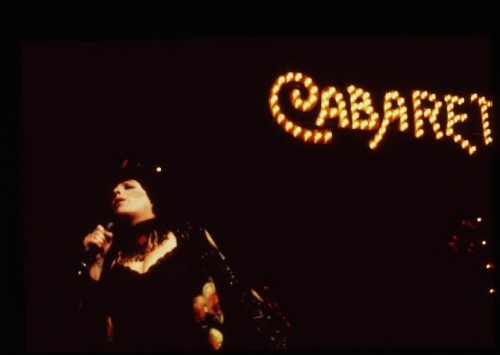 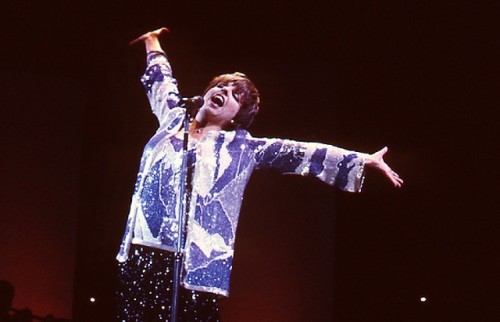 Liza putting her heart and soul into a song. 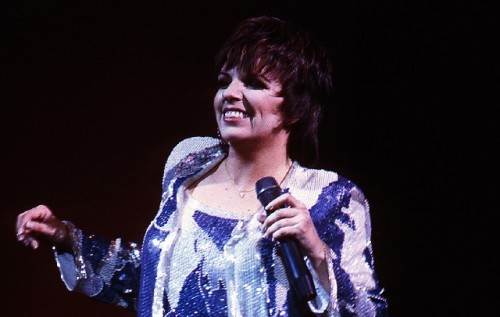 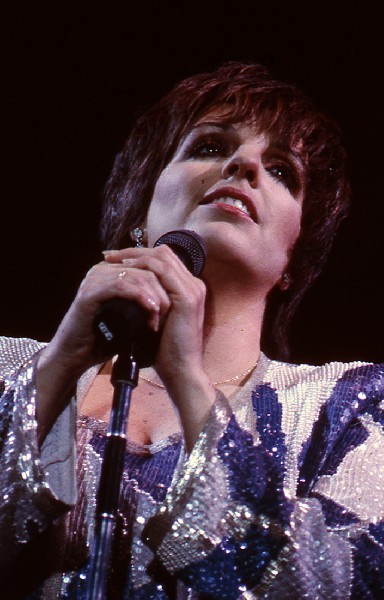 Up close and personal.

In 2012 Michael Feinstein thrilled the Tanglewood audience in an appearance with the Pops when he introduced Liza Minnelli. She had taken the train with him from New York.

Then 65 she used a cane to walk on stage but put it aside to belt out a duet of her barn burner "New York New York." It was one of the great Tanglewood non classical highlights of the past decade.

During the recent Oscar night hostess Ellen Degeneris paid tribute to Liza and evoked the Wizard of Oz by her mother Judy Garland. The Oscar winning song of the year “Let it Go” from Frozen, sung by Tony winner Idina Menzel (whose name was garbled by presenter John Travolta), evoked images from the film. Ellen in a spoof followed it in a fairy costume referencing the iconic film.

It was touching, poignantly human, nostalgic and great fun. Everyone loved it.

Except for the chronically dyspectic Berkshire Eagle columnist, John Seven, a recent transfer from the now belly up North Adams Transcript.

“The Cold War is back and better than ever, but the Internet was a barrage of Oscar news Monday morning, most notably Liza Minnelli. Does it count as sexual harassment if Liza Minnelli sports a blue pants suit without underwear to the Oscars and I have to look at it, even if I don't want to?” he informs us.

Continuing that “I haven't watched the Oscars in years and years, but for some reason, I'm forced to look at Liza.”

To think, yet, such a tsuris.

But he must have squinted real hard to observe that Liza left her knickers back in the hotel. And, can you believe it, he asks us if that counts as sexual harassment?

Good grief. How does he come up with these ideas?

Recently he has been taking up precious column inches urging readers to boycott “artistic creeps.”

He hates Woody so much that he refused to see Blue Jasmine. It must have chagrined him that Cate Blanchett picked up an Oscar for a lead role in Woody’s film. I had assumed that he would boycott the Oscars which had their measure of “artistic creeps” including Blanchett by association.

Then there is a truly astonishing revelation.

“No, I really haven't watched the Oscars in a long, long time. I can't even tell you what is nominated year to year. I don't really care.” He informs us.

It begs the obvious question of why an Eagle columnist is writing on a topic he knows nothing about and doesn’t give a damn.

Then, hold on. You can’t make this stuff up.

“I don't even think Liza Minnelli was an attractive woman when she was younger, although Cabaret is an excellent movie. But her mother gives me rashes” he states.

A couple of things here. On what level are we impressed that he thinks that “Cabaret is an excellent movie.” Nothing indicates that he has knowledge or passion for the medium.

Then, can you believe it, he sounds off that “…her mother gives me rashes.”

We recommend a generous lathering of calamine lotion.

The mother, in this case, is the incredible Judy Garland.

Sure, Judy had her issues. In the late years on TV it was often painful and heart wrenching to see her perform. But few could match her, other than another equally tragic figure, Billie Holiday, in wrapping her heart and soul around a song and squeezing it dry of every drop of emotion. In some pact with the dark side they paid with their immortal souls for their astonishingly moving art.

All of which is totally lost on Mr. Seven who assumes the role of judge and jury presiding over artists and their often tormented lives.

From here Seven, as is his inclination, wanders about.

Returning to state that “…Massachusetts gets Neil Young as our fave. He is not one of my faves, not even close. I'm not even really a fan, but he seems like a decent, nice guy and I have nothing against him. And he has at least two songs that I like.”

While not a “fave” (cute word) Neil has at least two songs that he likes.

Then somehow he gets to Vladimir Putin, Ukraine, The Cold War and Paula Deen.

There’s a U turn back to Liza which was the ostensible point of the piece.

“At no point did I think that Liza's blue pantsuit would make me feel good, though, any more than the return of the Cold War.”

Am I missing something?

How do you possibly equate Liza’s blue pantsuit and the Cold War? What in heck do they have in common?

Sure. Everyone is entitled to an opinion. And I respect a working stiff like Seven who is just trying to put food on the table writing for the Eagle.

But, excuse me if I’m wrong. I have lived a life in the arts. It’s tough.

Liza is one of the greatest artists of her generation and her mother was even greater. Even her father Vincente Minnelli (director of Meet Me in St. Louis, The Band Wagon, Lust for Life, and An American in Paris) made a significant contribution to the arts.

How mean and degrading that for Seven it all comes down to whether Liza wore panties to the Oscars. Reading that makes my skin crawl.