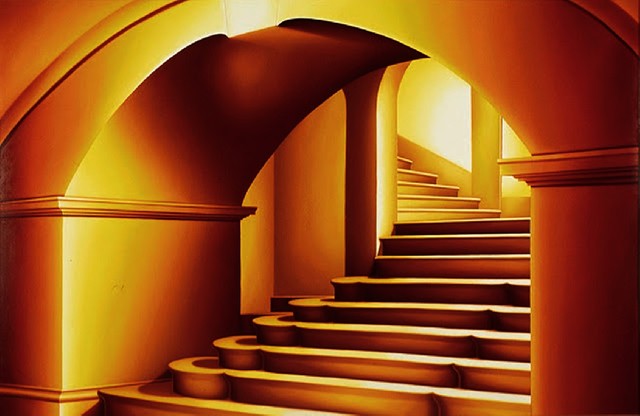 Apotheosis of Giuliano and Lorenzo. All paintings by P. Brantley, photos submitted by Brantley. 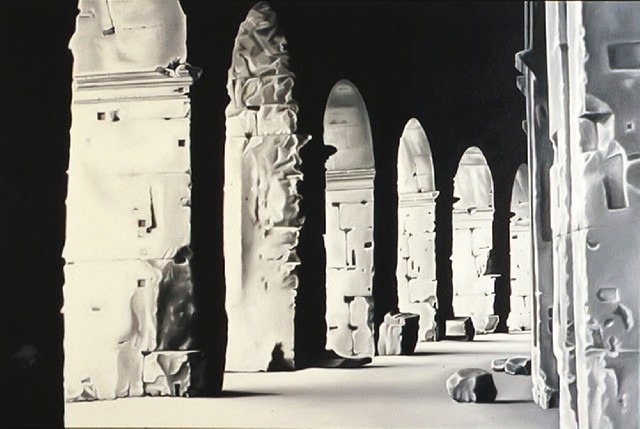 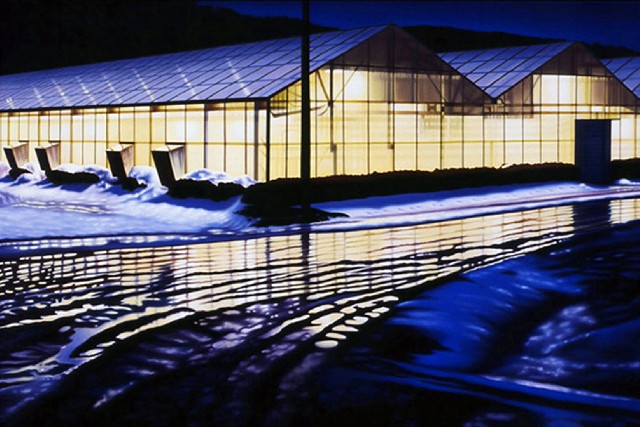 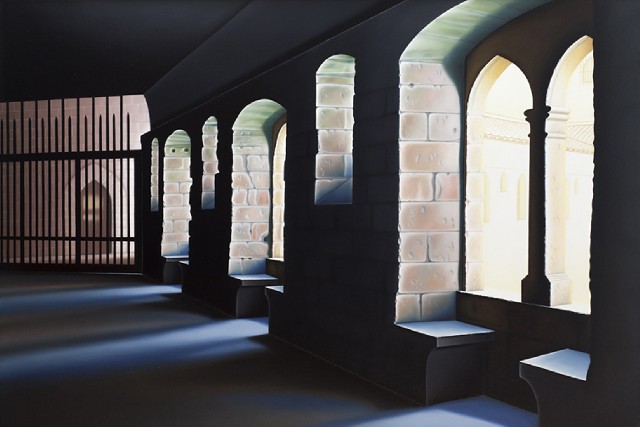 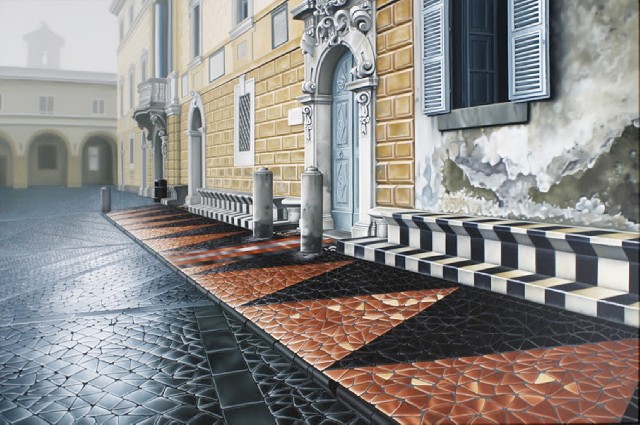 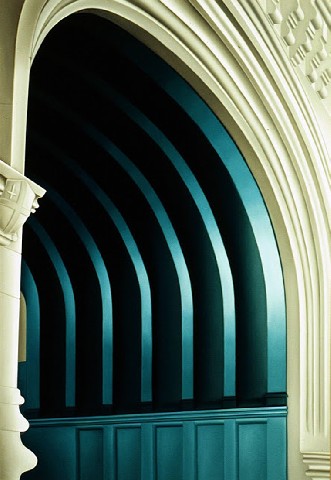 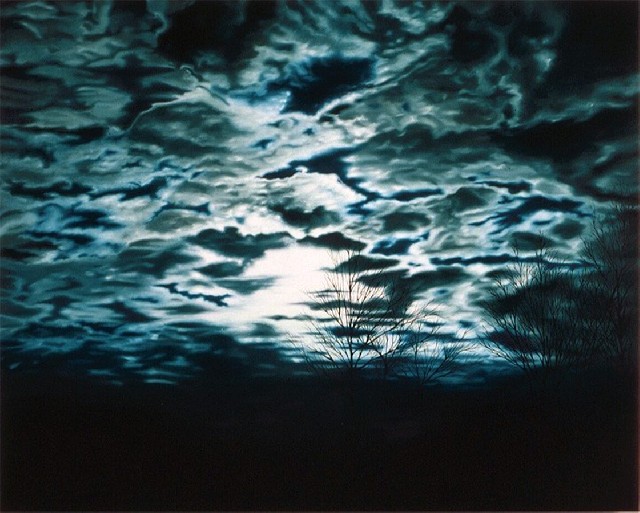 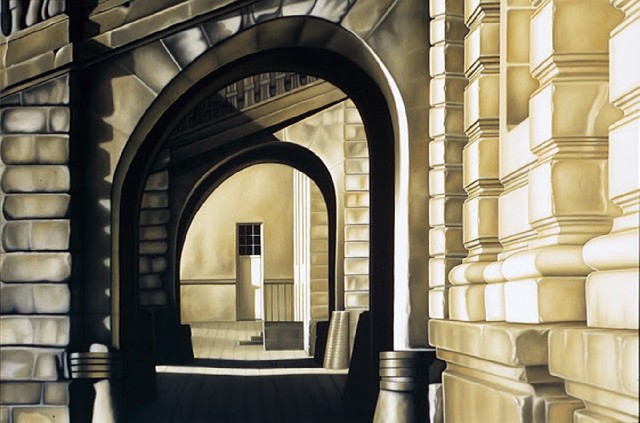 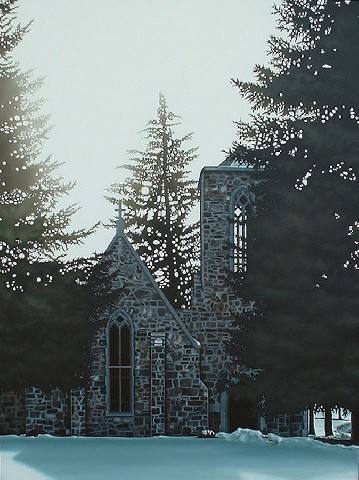 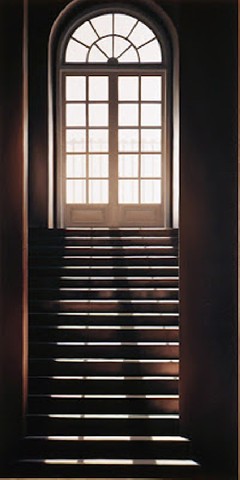 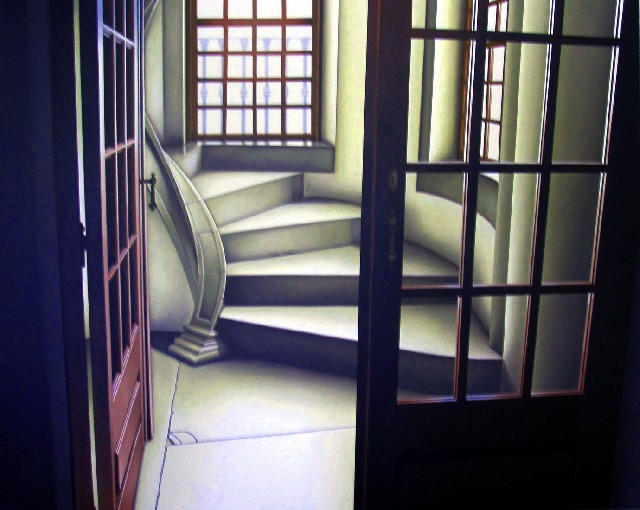 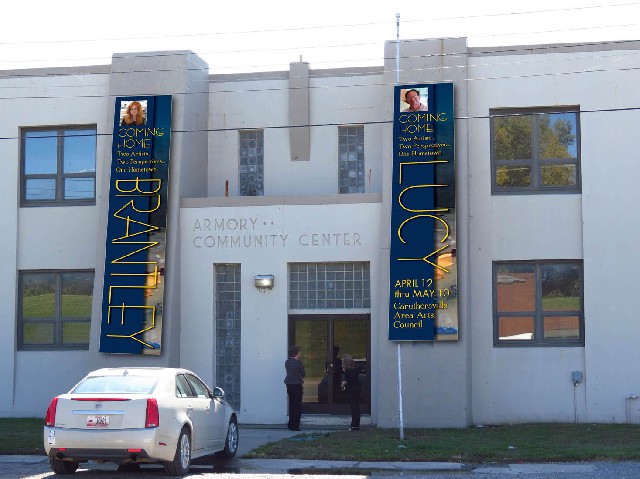 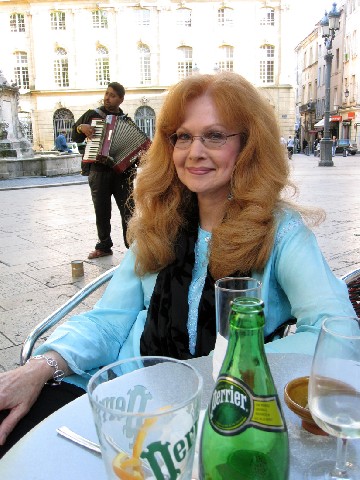 It will yet become the biggest art event the Caruthersville Area Arts Council of Missouri, has initiated and both artists, who left the city after high school some forty years ago, have responded.

Gary Lucy eventually settled in Washington, Missouri, after graduating from Southeast Missouri State University and Pennie Brantley resides with her artist husband, Robert Morgan, in Petersburgh, New York. They both live in small towns yet also live worlds apart. That becomes apparent in their artistic endeavors over forty years and will add to interest and contrast in the upcoming exhibition. Lucy’s artistic expressions center around Americana, Missouri Fauna and Wild Life and he visualizes American History proudly on canvas and in murals as a Realist painter. For his work, he has received commissions from companies, organizations and colleges. He represents a certain Midwestern sensibility – proudly and rightfully so. His work is beautifully displayed on his website: Gary R. Lucy.

Brantley, on the other hand, has lived after college in St. Louis, Toronto, Boston, and three years in Buenos Aires, Argentina, and has a global outlook, which becomes quickly apparent in her work. Titles of her paintings, which at first sight show parts or areas of architecture, long stair cases, intriguing hallways or even a huge lit greenhouse at night, will prod the visitor to look behind the façade, so to speak. She urges the viewer to consider psychological and social implications or historical facts that continue to have meaning today. Some of her titles are: ’Sacred Duty’ – Palais des Papes, (Palais of the Popes), Avignon, France; Brantley considers painting her sacred duty! ‘Protecting our Inner Selves from Encroachment,’ Green House, Berlin; ‘Apotheosis of Giuliano and Lorenzo,’ divine lives – divine architecture represented faithfully and washed in golden light. She adds notes to her paintings during exhibitions, explaining meanings and her innermost thoughts, while rendering her images painstakingly in a many months long process.

Brantley has been a prominent member of New York City based National Association of Women Artists and has exhibited with and for the organization yearly in NYC and nationally since 2007. Other independent shows were at the Hyde Collection Art Museum, Glens Falls, New York, 2010; the Boston Center for the Arts, Boston, Massachusetts, 2000; Paul Robeson Gallery at Penn State University, 2009 and the Nelson-Atkins Museum of Art in Kansas City among them. She has received a series of awards and her work is represented in a number of collections.

Several of her paintings can be seen currently at the Berkshire Fine Arts digital exhibition, ‘A Secret Passage Way,’ where 50 international artists participated with some 60 images, depicting locations (or a state of mind) from around the globe. Wherever Pennie has lived, she’s taken part in local art venues, as she has done here in the Berkshires in Western Massachusetts. For several years she participated in the Eclipse Mill Open Salons as well as presented a two person exhibition with husband Robert Morgan: ‘Passing Through this World,’ 2008, at the Eclipse Mill Gallery, North Adams, Massachusetts. MASSMoCA, one of the most important and soon to be the largest contemporary art museum in North America, is located just down the street from the Eclipse Mill.

She studied at the Kansas City Art Institute, later at Ontario College and the University of Texas, yet declares herself a mostly self-taught painter. Pennie has held during her professional life administrative positions in the arts, has worked with dedication for art communities in St. Louis, and other states, where she lived at the time, and raised large sums of money for good causes. To date she continues to create with an idealism that her dedication in the Caruthersville brochure attests to: “What I want to convey is a feeling that anyone can respond to no matter where we happen to be born. We have far more connections as humans than we have differences. I hope we can all honor that.”

Caruthersville in Pemiscot County is a small city of 6000 and is approximately 140 years old. It is located on the Mississippi River, in the southeastern Bootheel Region of Missouri. The town motto of a ‘small city with a big heart’ will be proven again, when the Caruthersville Area Arts Council opens the exhibition doors free of charge for visitors on April 12. All involved in the show will have accomplished much by bringing works of two former native citizens home, if only temporarily, via a very ambitious exhibition.
Kudos to All!