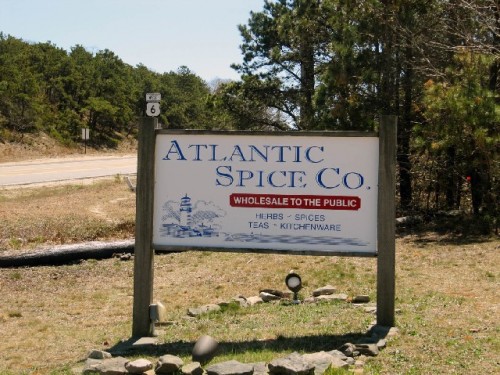 The sign by Route Six in North Truro. Giuliano photos. 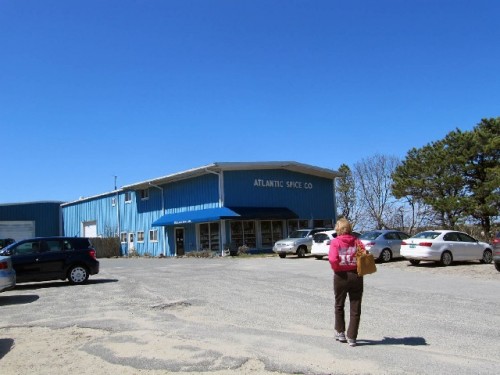 Approaching the warehouse and retail store. 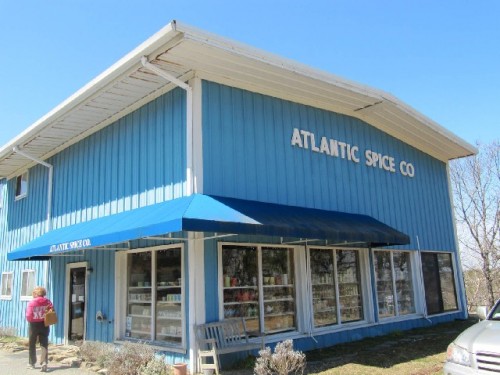 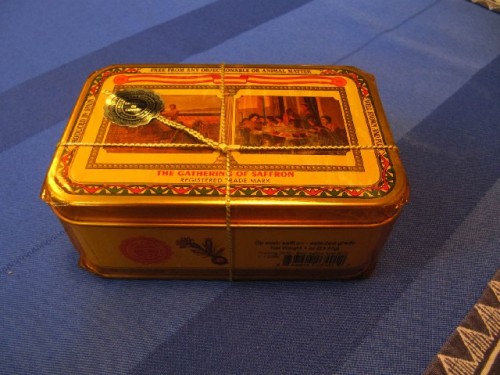 That essential one ounce tin of Spanish saffron now sells for $110. 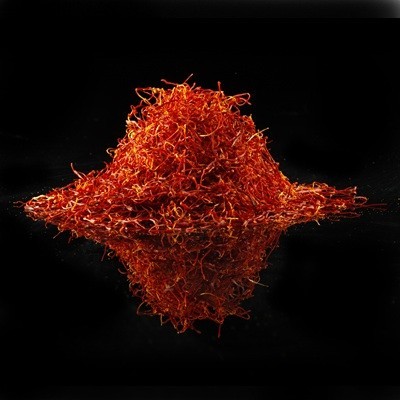 A pinch of saffron is enough to flavor a dish. 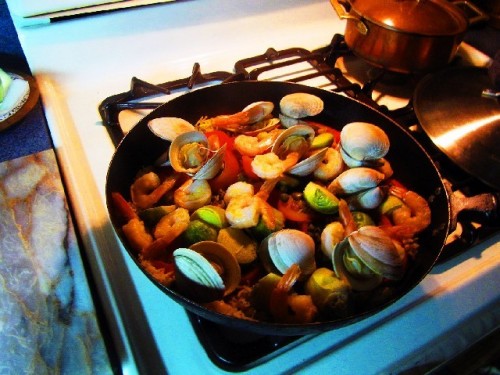 Serving my sure fire delicious paella. 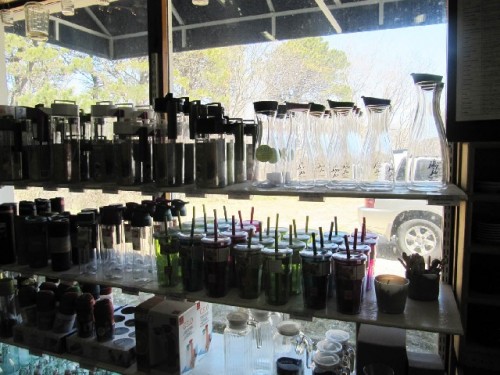 The business has expanded to include kitchen items. 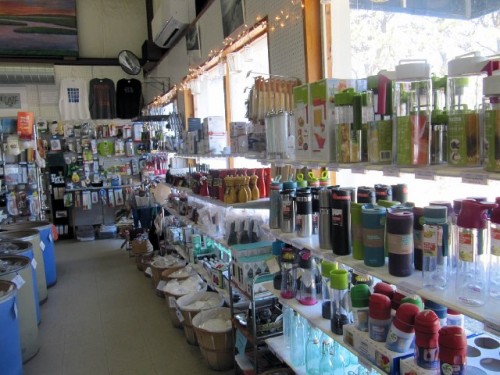 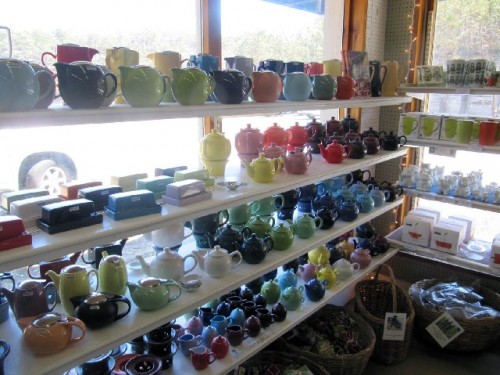 A display of tea pots. 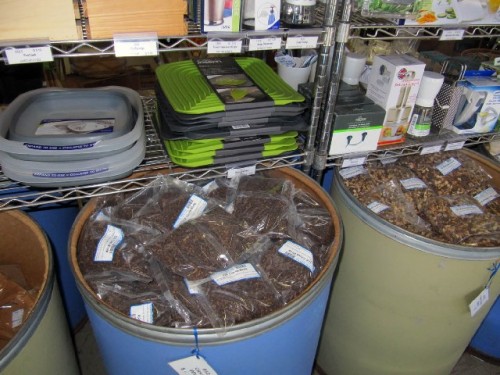 The business is noted for large bags displayed in barrels. 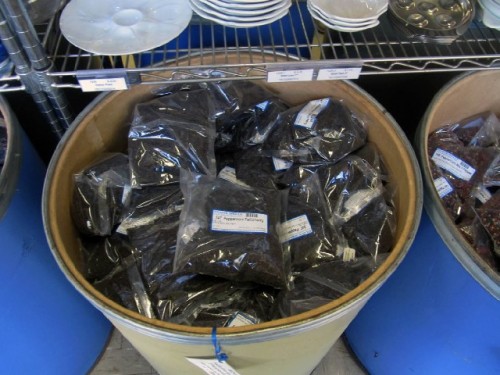 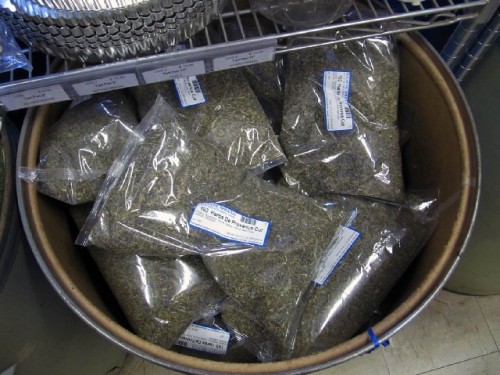 Lots to choose from. 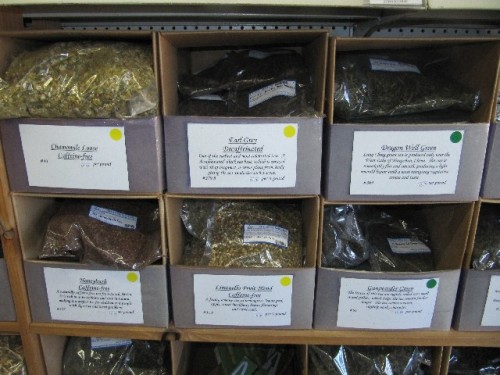 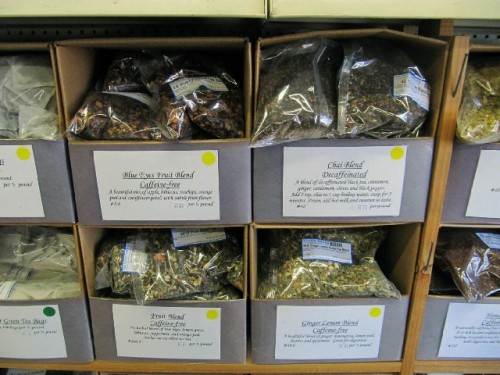 An overwhelming range of possibilities. 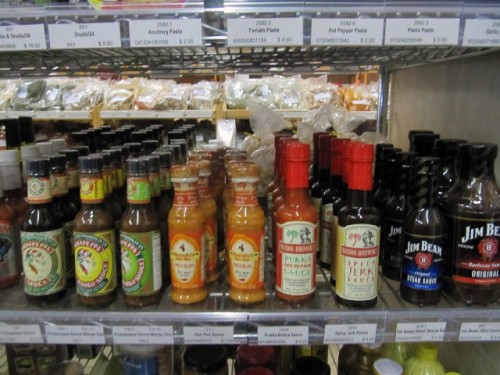 A selection of condiments.

No trip to lower Cape Cod is complete without a visit to the deliciously fragrant Atlanic Spice Co. There is an ecstacy that overwhelms when inhaling the exotic blend of enticing aromas.

It's a natural high for foodies.

Approaching Provincetown on Route 6 it is just before the entrance to the shore road, Route 6A, which runs parallel to the beach through North Truro.

It had been a number of years since we were last in P’Town.

So we were running low on the essential, precious, frightfully expensive, authentic Spanish saffron. It is the must have ingredient to make a superb paella. I can’t tell you how many times restaurants serving so called “authentic” paella have either skipped or skimped on saffron.

An ounce tin from Atlantic Spice, just a pinch at a time, lasts us for several years. Our easy to make and delicious one dish paella, topped with shrimp and shellfish, is always a sure hit for a dinner party.

I winced when asking the owner, Eleanora Irving, the current price of the decorative tin.

There was sticker shock when she quoted $110. But seeing my frozen expression she offered the far cheaper one gram vial.

“No” I responded my voice quavering “I’ve got to go for the ounce.”

It seems that Eleanora and her husband Mark Irving have operated Atlantic Spice Co. for the past twenty years. They import from all over the world.

“People ask why we run this business on Cape Cod” she said. “It’s simple. We started the business because we live here. And we just love it.”

I discovered Atlantic Spice Co. about when they started and mentioned that I used to pay about $75 for that remarkable tin of saffron.

“That sounds about right” she said as we chatted at the register. Her Chinese parents came to American during World War Two and planned to return. “Then the Communists took over and that wasn’t possible” she said.

Over the past two decades the business has greatly expanded to now include kitchen accessories, tea pots, serving dishes, cook books, bottled condiments and a great range of items.

Recalling the early days she said “Originally we just had barrels of herbs and spices.”

They still do but now there are shelves with bins of smaller portions of items.

Before we started exploring the store Astrid reminded me that we still had several pounds of loose teas and herbs as well as the dry rubs I use for barbecue.

Consider what you pay for those silly little bottles of herbs and spices in super markets. I bought a medium sized bag of bay leaves which should last for the rest of my natural life. Let me know if you need a few for your next batch of red sauce. Or as we Italians would say “gravy.” I purchased a jumbo bag of Italian herbs.

There is nothing like fresh Herbs De Provence which is awesome on baked chicken. Or kick ass chili for beans. There always seem to be exotic new dry rubs.

This time I went for the Jamaican Jerk rub as well as a mix to make Blackened fish.

You need an iron skillet on a hot grill to make blackened fish. Dredged in butter then rub the fish cooks with just one or two minutes on each side. It makes so much dense smoke that you can only prepare it outside.

This summer I plan to make Jamaican Jerk Chicken for the first time. On line I have been checking recipes which call for lots of lime juice and one intriguing one that has Meyer’s rum as an ingredient.

It gives new meaning to the expression “Don’t be a jerk.”

Astrid explored the incredible range of herbal teas. While I passed on my favorite Earl Grey and settled for a large bag of Oolong.

Eleanora gave us copies of the new catalogue. You can also go on line to order.

But there’s nothing quite like putting your nose and face in the place.