The Road of Promise by the Collegiate Chorale 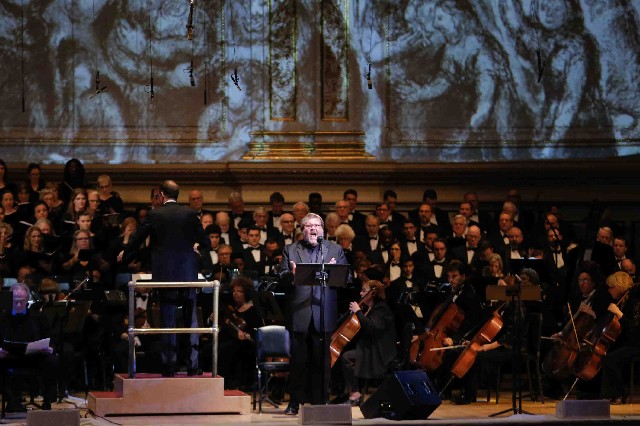 Ineffably Moving as the Rabbi 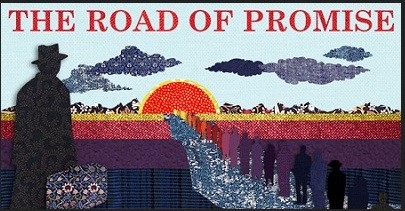 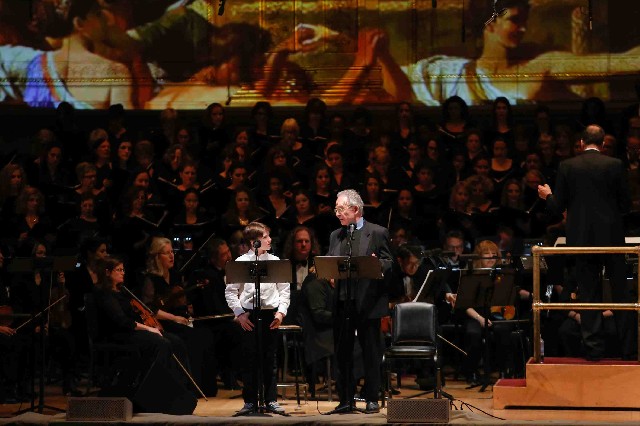 The Questioner and the Aversary 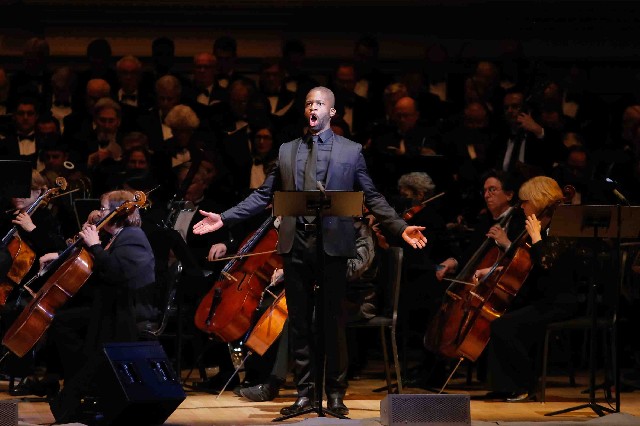 It was easy to hear why this magnificent voice is in high demand. 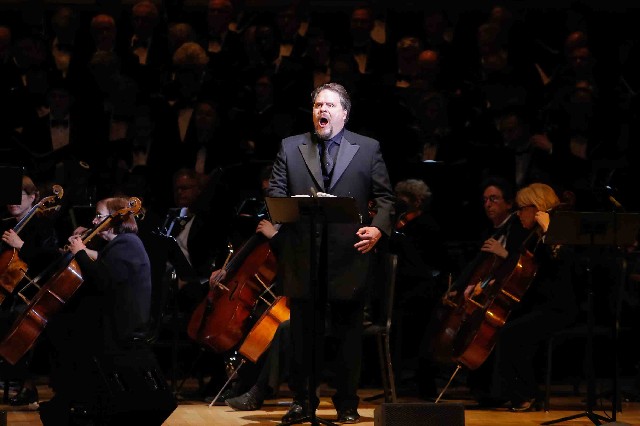 Abraham and Moses rolled into one.

Kurt Weill had enjoyed theatrical success with Three Penny Opera and Rise and Fall of the City of Mahagonny when he was approached by Max Reinhardt to compose music for a pageant highlighting the plight of Jewish people in Germany and throughout the world.

He wanted the music to be direct and simple. That it is. The most complex suggestions come from the mélange of folk, classical and Jewish music that he wove into his score. He sought out old Hebrew music with ancient melodies that stemmed from the Gregorian chant.

The chorus in the magnificent chorale Ed Harsh has created from the Weill/Werfel pageant called The Eternal Road is a perfect platform for the Collegiate Chorale, who sang with religious beauty and heart-felt emotion.

The main role is for a highly trained tenor, a Rabbi who reads Biblical text to his Congregation. Anthony Dean Griffey is a wonderful concert tenor in the Missa Solemnis and Oedipus Rex with the NY Philharmonic; Elijah with the Boston Symphony and of course his iconic Peter Grimes.

As the Rabbi, he deployed his often beautiful and sometimes appropriately harsh tenor to suggest authority and compassion.

For those of us who were not Jewish in Germany in 1934, the tension and pressure is unimaginable. Weill knew one thirteen year old boy, the age of the innocent dreamer in The Road to Promise. He was Henry Lowenstein, and Weill composed Three Penny Opera and the beginnings of this pageant in their family living room. Henry at 13 was part of an illegal scout troop in Berlin that met in secret to swap tips on staying alive. "We were naïve as hell," he said.

Henry’s parents arranged to have him go to Paris for safekeeping.   A young girl, a friend of the family, was to go with him.   When Henry fell ill, his mother decided to make other arrangements. The girl was killed in Paris. Henry became part of kindertransport and worked in a zoo during the war. “I was not fed as well as the animals,’ he later said.

In the re-configured oratorio, the Rabbi mentions that for a thousand years the story of the Jews has ended the same way: in disaster.

Henry’s story, and the story Weill and the poet Franz Werfel tell, ends in hope. Henry was reunited with his family in New York after the war. He went to Yale Drama School by accident and became Mr. Theater in Denver, Colorado. Denver’s annual theater awards are still called the “Henrys.”

The thirteen year old boy who questions everything in The Road of Promise instead of answering questions which a good Jewish boy would do, is played by Eli Tokash, ranging from querulous to furious. His top-siders suggest he has just come in from the basketball court, but we know better.

Mark Delavan, well-known to Scarpia, Dutchman, and Wotan enthusiasts, gets the juiciest roles as Abraham and Moses. Particularly in his middle register, his tone is rich and pure and made you yearn for Bibilical times.

Lauren Michelle adds drama to her glistening soprano.  Mezzo Megan Marino delivers in a robust, rounded tone.  In Frankfurt earlier this year, AJ Glueckert was a riveting Prince in Rusalka.  In multiple roles he creates character with a confidently settled, elegant and impassioned tenor.

Ron Rifkin, Tony award winner among his many prizes, plays the Adversary. This role provides a character who asks the questions any thinking/feeling person would, of God and whoever else will listen, about the reason for events in the world.

If there are no answers, and there probably never will be any, the music provides a kind of solace in the recounting of familiar Biblical tales from the Covenant and the Sacrifice of Isaac to the building of Solomon’s Temple.

Wendall K. Harrington used the gently curved back of Carnegie’s stage to project great artists' interpretations of these stories. They bathed the chorus and musicians in warm browns and golds, interrupted by dark skies and lightning when God’s wrath was at hand. It was an unusual and effective addition to concert performance.