Far From Heaven at Playwrights Horizons 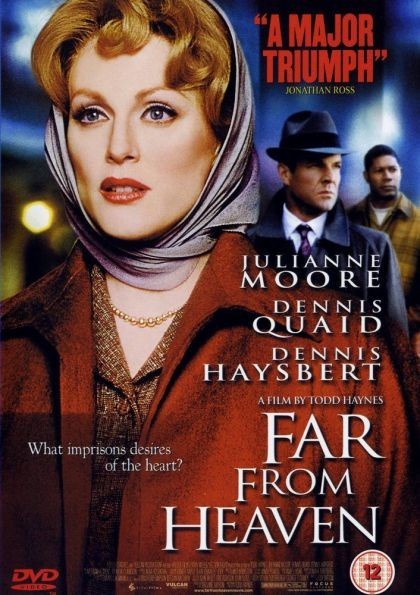 Poster for the movie. 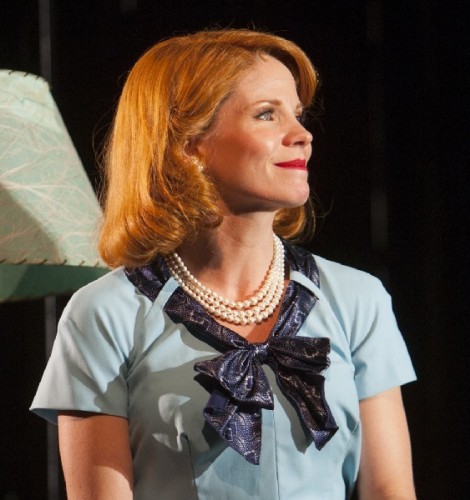 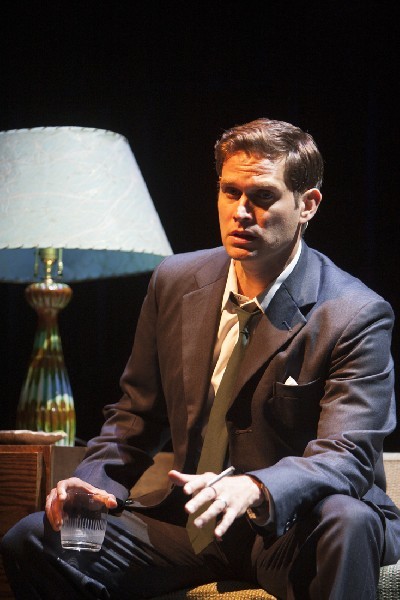 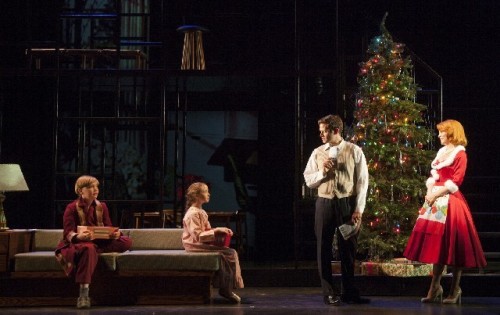 A Chjristmas celebration in Connecticut. 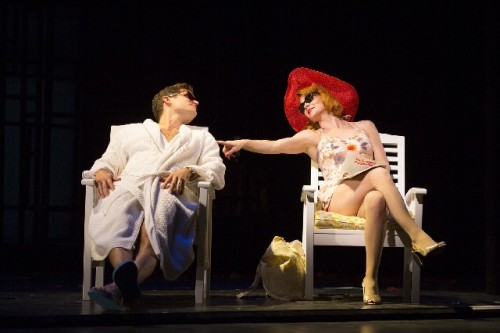 On the beach where trouble lurks.

The Playwrights Horizons (Tim Sanford, Artistic Director; Leslie Marcus, Managing Director) presents the World Premiere production of Far From Heaven. The musical was previewed last summer at the Williamstown Theatre Festival. It transfers to New York with the five lead actors from that production.

The production is choreographed by Alex Sanchez (Giant, Fiorello!) and directed by three-time Tony Award nominee Michael Greif (Grey Gardens at PH and on Broadway; Rent, Next to Normal, Giant).

The musical is based on the Focus Features/Vulcan Productions motion picture Far From Heaven, written and directed by Todd Haynes.

Headlining the cast are Tony Award nominee Kelli O’Hara (nominated for her acclaimed performances in The Light in the Piazza, The Pajama Game, South Pacific and the current Nice Work If You Can Get It), Steven Pasquale (The Spitfire Grill at PH; reasons to be pretty on Broadway; The Intelligent Homosexual’s Guide… at The Public; Drama Desk and Outer Critic Circle nominations for A Man of No Importance at Lincoln Center;  The Grapes of Wrath at Carnegie Hall) and Isaiah Johnson (Peter and the Starcatcher; The Merchant of Venice on Broadway).

Steven Pasquale will return to Williamstown this summer as the lead in a new music also based on a film Bridges of Madison County.

The 18-member cast is the largest cast ever assembled for a Playwrights Horizons production.

Cathy Whitaker (Ms. O’Hara) seems to be the picture-perfect wife and mother in 1957 suburban Connecticut. But roiling beneath the surface, secret longings and forbidden desires cause her world to unravel, with incendiary consequences. With a lush score that is both jazz-inflected and hauntingly lyrical, Far From Heaven is a powerful story of romance, betrayal and intolerance, as a woman grapples with her identity in a society on the verge of upheaval.

Far From Heaven was commissioned, developed, and produced through the Playwrights Horizons Musicals in Partnership Initiative, with leadership support from The Andrew W. Mellon Foundation. Through this initiative, the musical had a Preview Production run at the Williamstown Theatre Festival last summer, also featuring Ms. O’Hara, Mr. Pasquale, Mr. Adams, Ms. Bernstine and Ms. Stout.  The program allows Playwrights Horizons to develop new works of musical theater, each in partnership with a Regional theater – wholly within the not-for-profit system.  This seven-year program aims to commission at least three new works of musical theater and develop and produce three or four full-scale productions.  Each of the musicals will be produced both by one specific Regional partner and at Playwrights Horizons.

The original 2002 film, which stars Julianne Moore, Dennis Quaid, Dennis Haysbert and Patricia Clarkson, earned over 100 awards, honors and nominations.  It was nominated for 4 Academy Awards including Best Actress (Ms. Moore), Best Original Screenplay (Todd Haynes), Best Cinematography (Edward Lachman) and Best Original Score (Elmer Bernstein), and was named one of the 10 Best Movies of the Decade by Entertainment Weekly.  It was also named Best Film of the Year by the New York Film Critics Circle Awards, Chicago Film Critics Association Awards, Independent Spirit Awards and the Village Voice, among many others.  Far From Heaven also earned 4 Golden Globe nominations including Best Screenplay, a Writers Guild of America Award nomination for Best Original Screenplay and a bevy of additional awards for leading actress Julianne Moore, including one from the National Board of Review Award and nominations from the Screen Actors Guild and the Golden Globes.

With Far From Heaven, Playwrights Horizons continues its commitment to developing unique and ground-breaking new musicals, including Grey Gardens, James Joyce’s The Dead, Floyd Collins, Assassins, Once on This Island and Sunday in the Park with George.

This production reunites the theater company with Mr. Frankel, Mr. Korie and Mr. Greif, the composer, lyricist and director of Grey Gardens, which was one of Playwrights Horizons’ most heralded original musicals.  The project also marks the long-awaited return to the theater company of Mr. Greenberg, who was last represented there in 1987 with his play The Maderati.

Single tickets, starting at $80, may be purchased online via www.TicketCentral.com By phone at (212) 279-4200 (Noon-8pm),www.Facebook.com/PlaywrightsHorizons or in person at the Ticket Central Box Office, 416 West 42nd Street (between Ninth & Tenth Avenues).

Reflecting Playwrights Horizons’ ongoing commitment to making its productions more affordable to younger audiences, the theater company will offer HOTtix, $25 rush tickets, subject to availability, day of performance only, starting one hour before showtime to patrons aged 30 and under. Proof of age required. One ticket per person, per purchase.  Cash only.  HOTtix is one of Playwrights Horizons’ popular Arts Access initiatives, which allow the institution to reach out to those who may not be able to afford the cost of a full-price theater ticket.  This program is supported, in part, by the New York City Department of Cultural Affairs and The McGraw-Hill Companies.

A special open captioned performance  for theatergoers who are deaf and hard of hearing will be held on the Saturday, June 8 matinee at 2:30 PM.  Funding for this program is provided, in part, by the Theodore H. Barth Foundation, and TDF and TAP Plus, which is made possible by the New York State Council on the Arts with the support of Governor Andrew Cuomo and the New York State Legislature.

How to order tickets for the open captioned performance:

In addition, special Post-Performance Discussions with members of the creative team will take place immediately after the following three performances: Sunday matinee, May 12 at 2:30 PM; Friday evening, May 17 at 8PM; and Wednesday evening, May 22 at 7PM.

Three subscription packages to Playwrights Horizons’ 2013/2014 season are now available:  a 6-show Subscription package (starting at $230 for renewing subscribers, four Mainstage and two Peter Jay Sharp Theater productions); FlexPass (4+ tickets, $45-50 per ticket); and Membership ($55 membership fee + one ticket at $40 or less for each show, as desired).  In addition to discounts on all Mainstage season attractions, subscribers receive priority booking and seating, ticket exchange privileges, parking and dining discounts, and exclusive mailings of Playwrights Horizons Bulletins.  Packages will be available at www.TicketCentral.com

Patron Program Memberships begin at $1,500 (all but $550 is tax-deductible) and include two house seats to all six Playwrights Horizons productions reserved only for Patrons, as well as a variety of exclusive benefits including invitations to attend special events with artists, staff and board members.

For ticket information to all Playwrights Horizons productions, call Ticket Central at (212) 279-4200, Noon to 8 pm daily, or purchase online at