Conference at Mass MoCA by NEFA and Berkshire Creative 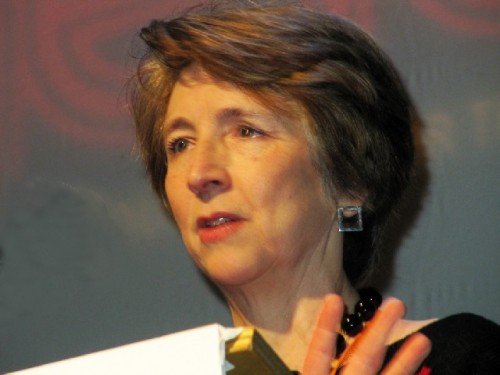 Rebecca Blunk the director of NEFA greeted visitors during a breakfast session. 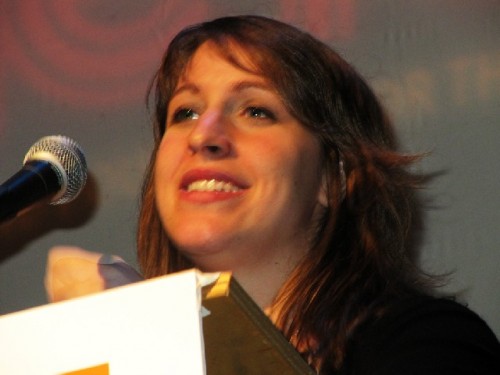 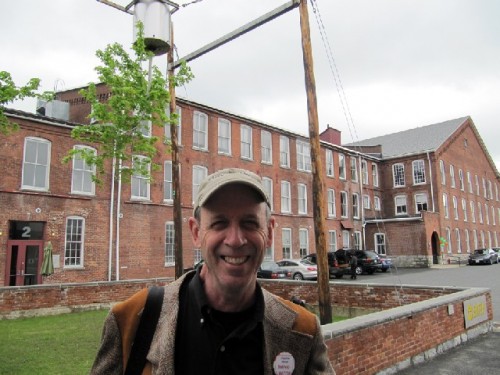 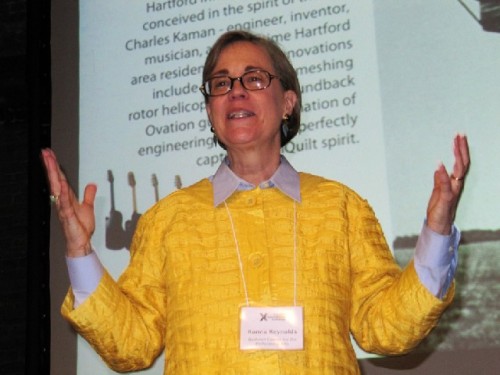 Ronna Reynolds on iQuilt a master plan for Hartford. 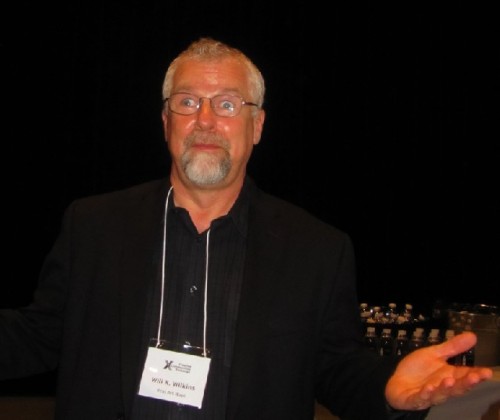 Will K. Wilkins of Real Art Ways in Hartford. 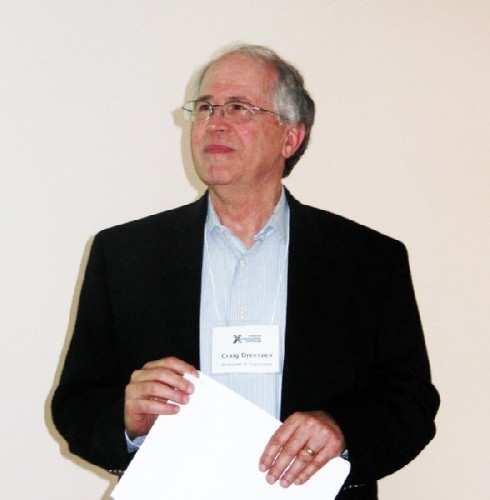 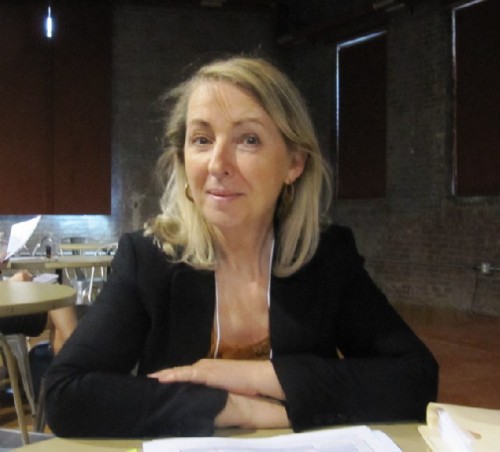 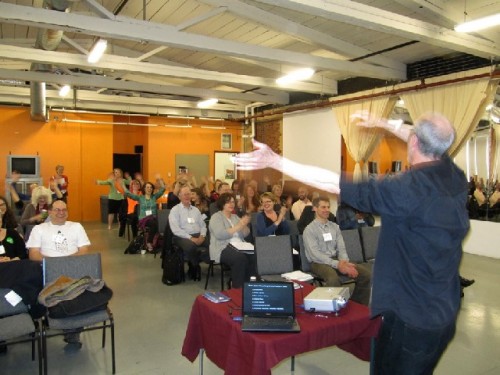 Critchley conducted the audience through a song by Aretha Franklin.

Artists and arts administrators from all over New England gathered for Creative Community Exchange. During breakfast the attendees were greeted by the organizers, Rebecca Blunk, director of New England Foundation for the Arts (NEFA), and Helena Fruscio, the director of Berkshire Creative.

The conference continues and concludes today.

There were five, one hour time slots that began at 10 AM and ended at 5 PM. There were shuttle buses last night to convey participants to Pittsfield for dinner and Third Thursday activities or busses for those that remained in North Adams with stops to Main Street galleries, as well as the Eclipse Mill, where the annual Berkshire salon launches the galley season with an opening Friday night.

During the hourly presentations there were difficult decisions with four simultaneous sessions. We attended five of a possible twenty meetings.

As is usually the case with such densely scheduled conferences there is a sense of capturing only a small portion of what is offered. Today we will gather in the Hunter Center for lunch, an awards ceremony, and remarks by the NEA chairman, former Broadway producer, Rocco Landesman.

Overall, the organizers demonstrated that the conference has been run as a tight ship. There was an insistence that sessions start and end precisely on time. The presenter was given fifteen to twenty minutes for opening remarks with the balance of the time for questions. The sessions ended at quarter to the hour or lingered for another five minutes. That allowed ten minutes for pit stops and, if necessary, moving to another of the four rooms.

Mass MoCA proved to be an ideal venue for such an event. The guests were also invited to explore its galleries. In such a busy schedule there was little such time but many indicated that they will explore the museum when the conference ends after lunch today.

Approaching the entrance of the museum yesterday I was greeted by an old friend Jay Critchley of Provincetown. It was his first visit to North Adams and he talked about the long five hour drive from the Cape. A couple of years back he sent photos to be included in a show I curated “What’s So Funny” at the Eclipse Mill Gallery. He informed me that he was among the presenters.

During breakfast, a mid morning coffee break, and lunch we compared notes with friends on sessions they had attended. There was a sense of what one had missed.

For the first meeting we heard Ronna Reynolds, the executive vice president of the Bushnell Center for the Performing Arts. Her power point presentation focused on iQuilt a culture-based urban design plan attempting to develop and connect the dots of a number of arts organizations in Hartford, Connecticut. On the maps they were identified of falling within a grid of some fourteen to eighteen minutes of walking time. Key to the development was a restoration to the historic Bushnell Park regenerating flowing water and the creation of a new park from an existing parking lot, the largest in Connecticut.

She decribed Hartford, in its golden age, as one of the wealthiest cities in the nation, and for lower income communities, now among the poorest. As always there is the creative challenge of forming partnerships with business and arts organizations. Key to providing safety to the heart of the city is lighting, outdoor food, and vendors that attract a critical mass of foot traffic. The presentation was brisk, upbeat and informative.

During Q&A I asked if there was a threshold of critical mass for such strategies. Why, for example, does North Adams, with its landmark Mass MoCA, lack such a plan for connecting the dots? How to move the 150,000 visitors to the museum into the downtown business and arts district? Why does North Adams lack such a plan while nearby Pittsfield has had one in place, with significant progress, for the past several years?

Reynolds responded that it is less about critical mass and more about commitment. A village might have such a plan if its residents were energized and committed.

We made the decision to learn more about Hartford where we visited last fall to see John Douglas Thompson in Antony and Cleopatra at the Hartford Stage Company. We did indeed make that 18 minute walk with a visit to the Wadsworth Athenaeum one of the nation’s oldest museums.

When Will K. Wilkins took over as director of Real Art Ways, an organization committed to contemporary art programming, it had been forced to move several times. At that point it occupied a thousand square foot space. He was faced with the option of luring people to see work by artists they had never heard of in a small obscure venue.

Also, looking about he commented with ironic humor that Hartford had no avant-garde community for the kind of work the organization was committed to present. He described a strategy of applying for grants for low cost, but high impact, public arts projects.

Working with Group Material they created a project to put signs on buses. The design entailed an image of George W. Bush and his quote that those with AIDS should not loose their jobs or have their health insurance terminated. In a city that is a national center for the insurance industry that did not sit well. But in protesting the art project the industry had to tread lightly in issuing remarks critical of President Bush. Wilkins nicely related the irony and stated that he didn’t give a damn as he didn’t plan to stay in Hartford for more than a couple of years.

When Jesse Helms made a stink about NEA Grants to controversial artists Wilkins invited the artists for an open dialogue with the community. He noted with some irony that Helms served as an ersatz curator for his arts organizations. Whatever was targeted and condemned by Helms and Congress ended up in Hartford. Like the traveling retrospective for the then deceased photographer, Robert Mapplethorpe which was shown at the Wadsworth Athnaeum.

He pursued a very different strategy for public art than those that endowed Hartford with such permanent monuments as a large Alexander Calder Stabile and a conceptual, minimalist sculpture, a large triangle with a pattern of boulders, by Carl Andre. When I asked him about that Wilkins discussed the controversy and resistance to the Andre which cost some $75,000 for a bunch of rocks. “Hartford had never gotten over it” he commented.

The public art projects he initiated were targeted for the city’s poor and ethnic communities. One of the more hilarious and successful was created by Pepon Osorio who created a public art project for North Adams last summer with Williams College.

In a Puerto Rican neighborhood, renting a storefront, he installed En la Barberia no se Llora (No Crying Allowed in the Barber Shop). It was a great hit with the community. On the cheat sheet handout we counted 29 public art projects from 1989 to 2009.

The range, relevance, and wit of the projects provides a provocative answer to communities who assume that a public art project entails getting individual artists to decorate mass produced Sheep, Cows and Moose.

We heard Helena Fruscio of Berkshire Creative present on four major projects with Berkshire organizations including Crane Paper and Mass MoCA. The projects resulted in commissions and collaborations between artists and designers and these industries/ organizations. They seemed too high end and narrow in focus to have broad impact. The organization also hosts Spark events that create networking among more grass roots organizations and individual artists.

After lunch the most densely attended session was given by Dreeszen & Associates Growing Creative Economy Partnerships: Four Predictable Stages. It was a dialogue between theorist and consultant Craig Dreeszen and Meri Jenkins, Program Manager, for the Massachusetts Cultural Council.

There was the sense that many in the audience were on the edge of their seats straining to absorb priceless insights about the challenges and frustrations of taking concepts from inspiration and inception through the many complex phases to fruition, funding and execution. For those looking to launch and sustain arts organizations it was a fabulous session with a steep learning curve.

It was also a nice setup and segue to the Provincetown Community Compact, Inc. and the theme of its director Jay Critchley, The Think-ubator. His mantra to those starting grass roots arts organizations is Not to seek 5013C status. The process is so complex and daunting that for many startups it is more like 5013C Zero. Instead, for an administrative fee of 5%, his organization provides advice and the non profit status required for grant applications.

He described a number of successful ventures as well as a couple that did not pan out. And why.

Mostly, he addressed the challenges of sustaining and revitalizing one of the nation’s oldest art colonies. It faces a slew of issues from aging to gentrification. With higher costs many artists have been forced out. Critchley discussed a broad range of initiatives and the tens of millions poured into the tiny and shrinking community of just 3,000 year round citizens.

The session was insightful, witty and charming. Critchley, an artist who creates work that combines social commentary and ironic humor, ended the session by dividing the audience into sections as he conducted us through an Aretha Franklin soul tune. It was just hilarious and a terrific way to end a grueling and informative day.