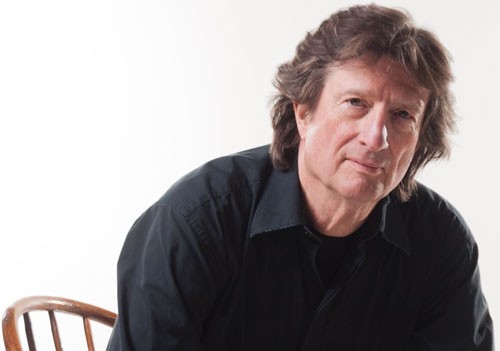 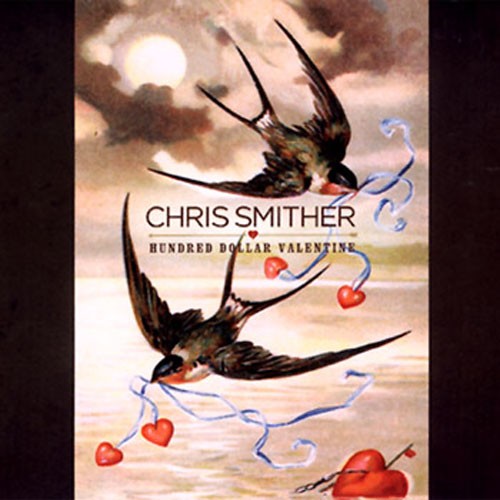 The much praised latest CD from Chris Smither 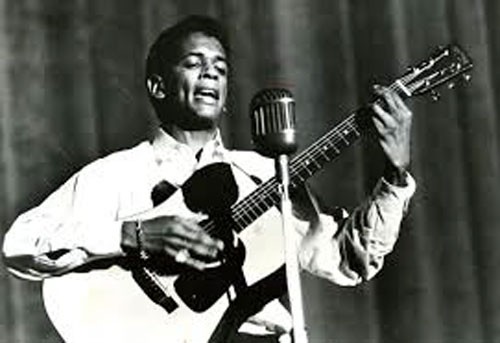 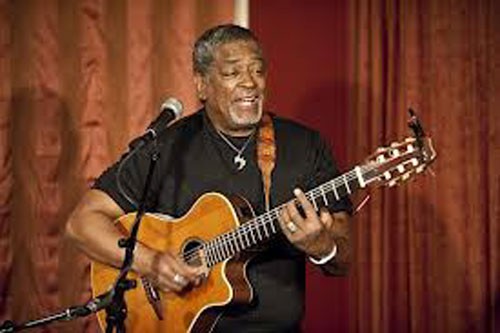 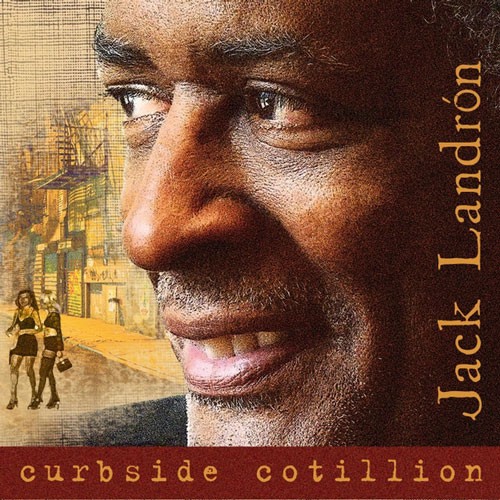 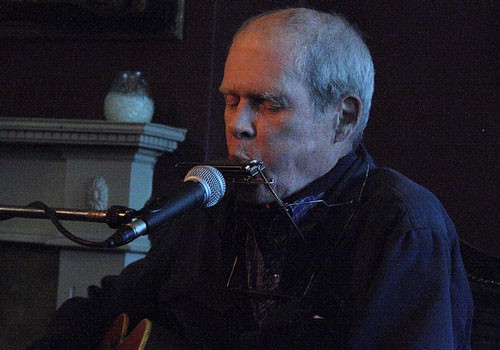 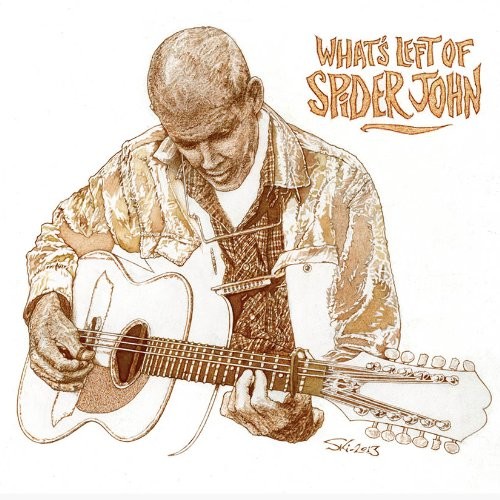 “I don't know nuttin' 'bout no bears,....” or so Chris Smither said to me in an email a few days after his performance at the Eagle Hill Cultural Center in Hardwick. That struck me funny for several reasons, first being that there are few performers more erudite than Chris and I am sure he knows quite a bit about bears especially since he lives in the Pioneer Valley where said critters are common intrusions on our living space at this time of year. That very weekend there had been reports of bears in and around our Lake Quabbegon district (Hardwick & New Braintree) and in neighboring Barre a trio of the ursine kind had been spotted ambling across the commons in the very center of town at midday.

Let me back up and start at the beginning. The Eagle Hill Cultural Center presented Chris on Saturday night, May 18 as the final performer for the 2012-13 regular season and I had been looking forward to it for several months. As is usual, Chris sat alone under a single spot center stage and as a result of his extraordinary bonhomie and singular talent as guitarist and performer had the audience under his spell within his first two numbers. It took me awhile to recognize that in the gloom around his feet lay a faux bear rug, (at least I was pretty sure it was faux.) I made a note to myself to ask him about it.

During intermission I wangled my way back stage for a brief reunion and catch-up with him, but never did ask about the bear rug.

Intermission ended and Chris went back on stage, I back to my seat and to the completion of a very satisfying performance. Chris has added a couple of new songs to his show but leaned heavily on the content of his current highly praised “Hundred Dollar Valentine” and sprinkled in several of his many crowd-pleasing chestnuts as well.

I fired off an email the next day to Paul Overton, Director of the EHCC to congratulate him on capping off a great season and asked him about the rug. He responded with a note that Chris had brought the rug with him and I in turn then emailed Chris with a query to which his response was the opening line of this piece.

During our chat between sets, I asked Chris about his recent extensive Australian tour, his appearance at Merlefest and what projects might be looming. Time was short and he had a lot to say so we made arrangements to do a sit down extended interview in the near future which will end up here when complete you can be sure.

Oh, and a phone chat with Chris after the abovementioned email revealed that during sound-check, the notorious percussion of Chris’ ever-tapping feet was causing resonance problems with the feedback monitor, so the tech rummaged back stage, no doubt raiding the property storage of the Gilbertville Players and came up with the rug as a solution.

It is amazing to me that Chris, now nearing his 70th year, is still making almost 200 performance appearances a year and is still at or near the peak of his skills.

Chris delighted us with this song Saturday night...

He is not the only one of my old chums and colleagues with still vital performing careers and the two recent cds below give evidence of two more careers with continuing vital signs.

This 2013 release goes a long way to prove several things and to explain others. First, for those who know little or nothing about the history of this exceptional artist, let me fill in a few holes. (Actually, it would take a whole volume to do the story justice, but this will have to do for now.)

In the early ‘60s, between the time Joan Baez left the local scene to become a national star and the rise of Tom Rush, there was no one who had an audience that could compare with that of Jackie Washington (christened Juan Candido Landron y Washington) either in size or dedication. At that point I was booking talent for a couple of venues and I had standing requests for him whenever and however I could get him. Once a week, Gardener Damon, one of the owners of the King’s Rook in Ipswich would ask me, “When can we get Jackie again?” Jackie, I would have to tell him was booked months ahead, unheard of in those days.

What none of us realized at that point and which I have come to realize only recently is that Jackie was not a folk singer. Jackie was a performer who happened to know and appreciate folk music and used it as a vehicle for his skills and abilities because those were the venues and the audiences to which he had the greatest access at that time.

As he confesses in the opening song, “One Man Show,” of this cd;

And Jackie sold himself to us with his artistry and his intimate sharing of himself and we loved him for it. Clearly, now, it seems to me that Jackie was not ready for the love that came rolling back like a tide and he was ever suspicious of it. Offstage, while charming and affable, he was always a bit hidden, a bit reserved, saving all that risk for his performances.

So I suspect that many of his worst fears were realized on that December night when walking home late one night he was stopped in Back Bay and questioned by police. After answering their questions, Jackie asked if something was wrong, whereupon for such insolence, he was assaulted and arrested on a charge of ‘being abroad in the night.” Offered a dropping of all charges the next day if he signed a release agreeing not to sue the arresting officers, he refused and the charges against him were raised to assault and battery on an officer. The charges were so ridiculously false and contrived, the evidence so completely contradictory and the swell of public opinion caused such heat for the Boston Police Department that while it took several months, and an appeal, Jackie was completely exonerated.

However as I look back I suspect that this was a turning point in his life that deprived us of his artistry, but eventually gifted the civil rights movement with contributions far greater than those satisfactions he might have showered on us.

Changing his name to John Landrón, moving first to NYC to pursue an acting career, in 1964 he headed south to Mississippi and involved himself in the Free Southern Theater. Eventually he returned to NYC and his acting career. According to Elijah Wald’s liner notes as John Landrón turned actor, he also began to turn his observations of the world and its inhabitants into songs.

Now, at 75, rediscovered by Todd Kwait during Todd’s production of the film, “For The Love Of The Music”, we have this later incarnation of Jack Landrón and his musically framed perceptions.

The ‘60s recordings, even live ones, never really captured the magic of a Jackie Washington live performance and neither does this one, though I confess that my memories may have become highly romanticized. The real appeal of this release is the material, all original Jack, the compassion with which he embraces his subjects, the span of his life which it brackets and the still consistent intimacy of his performance. For the first time he gets to do it with full blown accompaniment and it serves him well and he it in turn.

His voice no longer has the range it once had, nor is it as dulcet or as strong as it once was, though I find Jack’s current timbre more interesting, his phrasing more creative and the arrangements rich. Hookers, healers and harbingers all get treated here with equal insight and the guest appearance by John Sebastian on one track adds a bit of nostalgic delight as well.

There is little doubt in my mind that the self disparaging title here is the suggestion of the artist and is typical of both his sense of humor and his artistic honesty.

While I am sure he would never remember, I met Spider once in the ‘60s during a dinner at the home of mutual friend, Corey Randall, and his recent bride. In the course of that meal, Spider taught me something that has stayed with me for the rest of my life and I am beginning to suspect that with this release he may have taught me something else just as valuable.

The first piece of wisdom arose when I asked Spider a question about a cut on a then recently released lp. Spider replied that he could not answer me because he had not heard the cut nor any of the lp because he did not listen to recordings of himself. Puzzled, I asked him why that was and in the exchange that followed Spider gave me a whole new perspective on his process. He taught me to understand that for him and by extension therefore for many other artists, more than I might even suspect today, the result of the creative process was of little importance. The real-time experience of the creative process was all important. Spider convinced me that he simply had no interest once the performance was over. This helped me over time to view the creative process as a far more complex and unruly beast than I ever before imagined.

In those days Spider was still pretty much performing blues and blues roots material, field hollers and rags. Appreciation for Koerner was prominent but it was not unanimous. While Paul Nelson, editor and creator of the Little Sandy Review had heaped accolades on John, praising his unique guitar style and vocals, and was echoed by others in the folk press, more than one Jazz critic judged John’s singing in highly negative terms.

In the ‘70s Koerner pretty much set aside blues to concentrate on other traditional folk material.

Now, Hornbeam, a label formed by enthusiasts in the UK, has recorded and released this cd as the second in their catalogue. It is, as was the first, (Tom Paley's Moonshine Revue), a labor of love and the quality of the recording is crisp. Spider and his friend and accompanist, Chip Taylor Smith, occasionally joined by bass player, Jonny Bridgewood, work their way through 17 tunes the majority of which are traditional with a number of Koerner originals as well. Koerner’s voice is not consistent throughout all these but his enthusiasm is and if as reported above it is the process that is important, I think he had a great time.

This leads me to explaining the second lesson I am currently receiving from Spider John Koerner.

If I had never heard of him before, if he had been discovered living in a cabin, hustled into a recording studio and treated as a field discovery, I and many others might well be waxing eloquently about his wealth of songs and ineffable and inimitable style. At his age we would make all sorts of allowances for vocal range and consistency and marvel at the discovery. Framing the experience is as important as the experience itself.

Whether it is to your taste or not, I will leave to you and what you discover from the above links.

Here, Spider shares his speculation on Ezekiel and performs the song. BTW see if you can count the number of strings on his guitar...

I am happy and delighted to have both of these  on my shelf.