Randy Harrison at the Colonial August 20

QWAN (Quality Without a Name) presents SWAN!!! and NOTES!!! 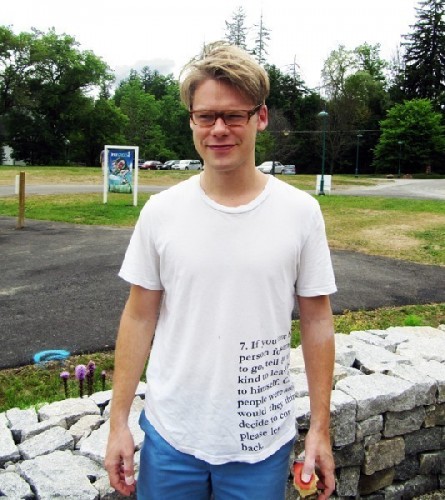 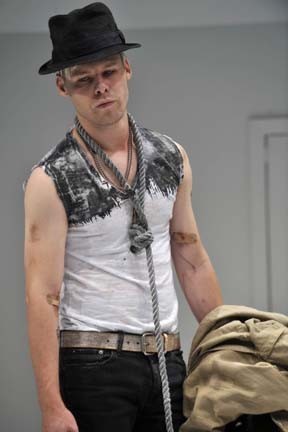 Randy as Lucky in Waiting for Godot. BTF photo. 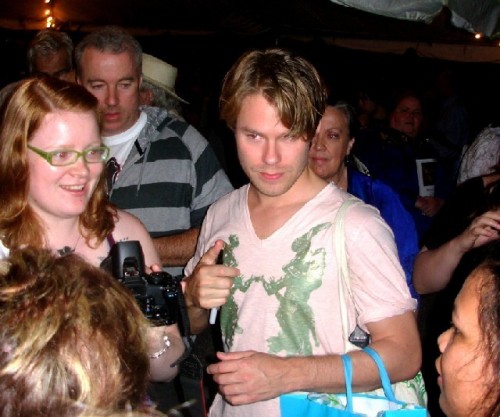 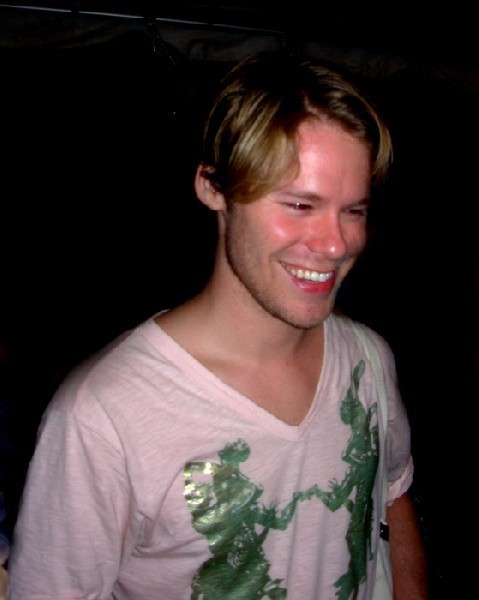 Randy has evolved from teen idol to serious actor.

The brilliant actor Randy Harrison who starred in Tommy last summer returns to the Colonial Theatre for a one-nighter on August 20. Given his ravenous fan base the event will sell out in a flash.

Best know for his role in the TV series Queer as Folk Harrison has evolved from teen idol to a serious dramatic artist. During what have come to be annual appearances with the Berkshire Theatre Festival he has taken on demanding roles in Ibsen and Beckett. We will never forget his Lucky speech in Waiting for Godot groveling in a garbage can during Endgame.

While he received rave reviews for his lead in Tommy it is known that he prefers to stay away from musicals and the role was amost a parody of his real life dilemma. It is usual to see him surrounded by adoring fans.

Every time we write something new about Randy, or post fresh images, they go viral. Amusingly, one of our Randy stories was translated into Italian by a fan driven website. They even copyrighted our story. The nerve. We has a bit of fun by posting the Italian translation on our site.

Over the winter there was speculation about the return of Harrison to the Berkshires. He has become a marquee and franchise player for the Berkshire Theatre Festival.

More than ever he is in demand globally and it is possible that there wasn't the right fit of a challenging role.

It's a kind of chicken vs. egg question.

Out of loyalty to the company Randy returns, for one night only, to keep in touch with that fanatical Berkshire fan base.

Hop to it if you don't want to miss seeing Randy.

Tickets to QWAN Company Presents SWAN!!! and NOTES!!! are $20-$45. Tickets are on sale to members Friday, July 6 and on sale to all on Monday, July 9. Contact the Stockbridge Campus Ticket Office at 83 East Main Street, by calling 413-298-5576 or the Colonial Ticket Office at 111 South Street, Pittsfield by calling 413-997-4444. Tickets can also be bought online at www.berkshiretheatregroup.org

Ticket Offices are open Monday-Friday 10am-5pm, Saturdays 10am-2pm or on any performance day from 10am until curtain. All plays, schedules, casting and prices are subject to change.

In SWAN!!! Nina (Jenn Harris) is freaking out. She is freaking out because she really wants to play the Swan Queen in the new production of Swan Lake. She is also freaking out because she is crazy. And so is her mother (Randy Harrison). And so is the choreographer (Christian Coulson) she works under, and we mean works under. And so is the former prima ballerina Winona Ryder, we mean Beth (Matthew Wilkas). The pressure is a lot, and she finds a little release, and we mean release, when she meets hot new bad ballet girl in town, Lily (Jack Ferver). However, she gets a little more than nervous when it seems Lily may want her part. Things boil up and over, and there is self-mutilation and violence towards MOM­ — and cunnilingus and jetés.

For more information about the performance, please visit the website at www.BerkshireTheatreGroup.org