Adding to Success of the LeWitt Building 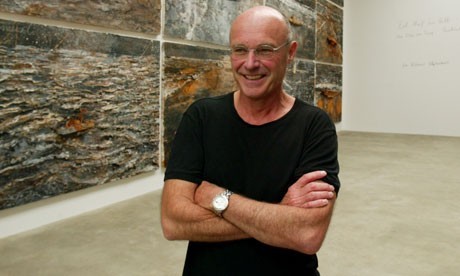 Anselm Kiefer is among the greatest living artists. 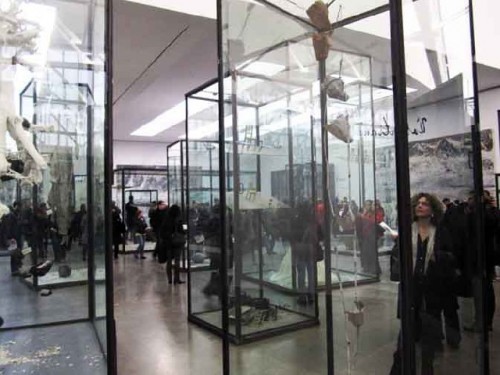 The 2011 exhibition of works by Kiefer at Gagosian Gallery in New York. 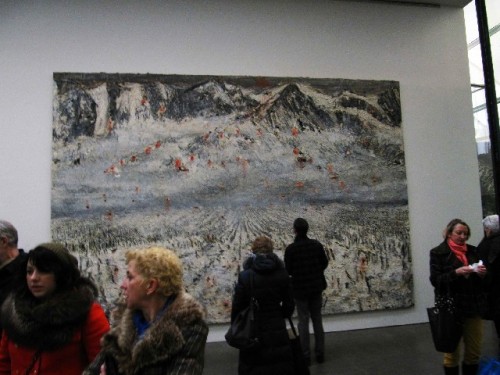 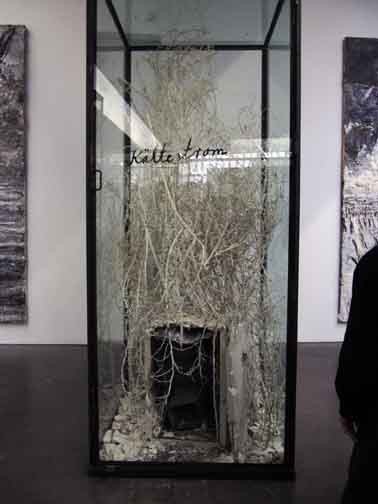 The artist creates sculptures as well as paintings.

In a North Adams Transcript article by Jennifer, Huberdeau Joe Thompson, the director of Mass MoCA, confirmed a question that I asked and reported on December 10, 2010. Again, On January 3, 2011. Thompson was flustered when I pressed him about an Anselm Kiefer installation, similar to the LeWitt building, during the press conference for Wilco in June.

Given that we have followed this story for the past nine months, it is disappointing that Thompson did not answer our question which was reported this week by The Transcript.

It is typical of how the museum resists investigative reporting and attempts to control the media.

As we have speculated Mass MoCA will indeed have a long term installation of works by the major contemporary German artist Anselm Kiefer. It adds to the success of the 25-year-long commitment to a building devoted to Sol LeWitt. Now with a long term display of works by Kiefer, arguably on the short list of greatest living artists, the museum is strengthened as a destination for the global art world.

It also signifies that the 17 acre campus of the former Sprague Electric Company may be running out of vacant, undeveloped real estate.

In our previous coverage, we reported that the success of the LeWitt project has proven to be a magnet for similar long term installations of works by major individual artists, such as Kiefer, as well as extensive private collections.

Actually, that was the initial intent of Mass MoCA founder, Tom Krens, who handed over the development of the museum when he became director of the Guggenheim Museum and its satellites.

Initially, Krens courted Count Giuseppe Panza (1923 – 2010) of Varese, Italy to install works from his collection in North Adams. During an early stage of the Mass MoCA project sculptures by the Italian artist, Mario Merz, were set up in one of the raw spaces to give an indication of what the museum might look like.

As one of the first to report on the project, for Art News, I conducted a phone interview with Count Panza. By then Krens had departed from the Williams College Museum of Art for the Guggenheim and there were staff members on site with Panza working with his collection.

Krens envisioned the vast spaces of what would become Mass MoCA as housing large minimalist works that required little or no climate control and conservation. That model emerged as Donald Judd’s Chinati Foundation in Marfa, Texas and the Dia Foundation in Beacon, New York.

Wisely, in bringing Mass MoCA on line, Thompson opted for long term, changing exhibitions. As well as lively and diverse performing arts programming. For the past two years the museum has developed the Solid Sound Festival curated by the rock band Wilco.

Adding the LeWitt building, and soon the Kiefer installation, strengthens and expands the attraction of the museum as a definitive destination. In that sense, Mass MoCA is on a par with Marfa and Beacon but far more varied and dynamic. Particularly for Berkshire residents who take advantage of the variety of first class programming.

With this new space devoted to Kiefer it raises speculation as to how the museum will build out and develop the now ever more precious remaining space. It is a nice problem to have which nobody even dared to speculate when Krens first proposed the project for a museum three decades ago.

Initially, it was a tough sell to get state support to launch the museum. In hindsight the project has become a no brainer and success story. The museum has developed as an unprecedented resource for the economically depressed Northern Berkshire County.

Not to say that there aren’t problems. The transition from dead in the water communities- Sprague in North Adams, an abandoned military base in Marfa, and a defunct Nabisco factory in Beacon- to an arts based economy comes with many complications.

In North Adams the effective synergy between the museum and the recovery of a depressed city has been a long, slow process. Under a new Mayor, Dick Alcombright, and an expanded relationship with the community, there has been significant progress in the past couple of years.

The  Solid Sound Festival is a strong indicator of that change and commitment to work with the city.

Below is the announcement excerpted from the North Adams Transcript.

The museum, in partnership with the Hall Art Foundation of Fairfield, Conn., will soon launch a quasi-permanent installation of German artist Anselm Kiefer’s work with an emphasis on his large-scale sculptures.

In preparation for the exhibition, Mass MoCA recently began renovations on Building 15, the remnants of a massive abandoned concrete water tank, which once served as a water storage and filtration tank for Sprague Electric Co. In recent weeks, the steel-frame skeleton of the one-floor 10,500-square-foot building, which can be seen from the Veterans Memorial Bridge, has risen above the concrete foundation. The building’s design was created by Kiefer and his architect, Bill Katz.

"LeWitt, and now Kiefer, are quasi-permanent counterpoints to our roster of changing exhibitions -- deep dives, milestones in the history of recent art which our public can enjoy and return to for many years," Director Joseph Thompson said in a statement. "The renovation is just under way, and we have not fixed an opening date."

He said the works of LeWitt and Kiefer augment the five to six major rotating exhibits the museum hosts every year within its 150,000 square feet of gallery space.

He said Hall Art Foundation will lend works from its permanent collection, which will be augmented by other loans of the artist’s work. The building will be open to the public annually, from the spring through the fall

Mass MoCA first hosted an exhibition of Kiefer’s work in 2008, showcasing "Ètroits Sont les Vaisseaux" or "Narrow are the vessels," a 82-foot-long 42-ton concrete sculpture, along with of six of his paintings. The sculpture, which was once displayed on the lawn of Andrew and Christine Hall’s Greek Revival home in Fairfield, Conn., came to the museum that year, after the city’s Historic District Commission successfully won a court battle to have it removed in 2007.

The Kiefer story as previously reported in Berkshire Fine Arts.

With the success of the Sol LeWitt building other, similar collections are interested in developing long lease installations on the MoCA campus. The museum has hosted an extended loan of works by the German artist, Anselm Kiefer, from a Connecticut based collection.  But if a Kiefer project goes forward it would entail other loans.

Thompson acknowledged that these and other possibilities are being explored. He stated that the museum would be making an announcement within several months. That news may come as early as next week.

Kiefer at Gagosian: What About Mass MoCA

The success of the LeWitt project has created considerable interest in similar projects dedicated to either single artists, like Kiefer, or collections in storage. There is now a kind of endgame. Even vast Mass MoCA has a limited number of vacant factory buildings. It must be ever more selective of how best to use its remaining space. What at first seemed  vast is becoming more finite.

Taking on such expanded exhibition space also means a commensurate increase of staff and expense. Particularly, if there are complex climate control and conservation concerns over decades. The LeWitt installations, in that sense, are low maintenance. If necessary they can be restored and even repainted. Also, the MoCA project with LeWitt is partnered with the Yale University Art Museum which largely endowed it. Yale “owns” the plans and drawings for the designs that were executed.

While complex, it is anticipated that MoCA will negotiate similar endowments for long term exhibitions. For now it appears that there are a number of takers. But also a mandate to make decisions about work that will hold interest and attract visitors for coming generations.

When I asked Mass MoCA Executive Director Joe Thompson about speculation regarding a Kiefer building he would neither confirm nor deny ongoing negotiations. I suggested the Connecticut collection that previously had loaned work. Obliquely, he responded that if it happens Kiefer would extend beyond a single collection to include "a number of works."