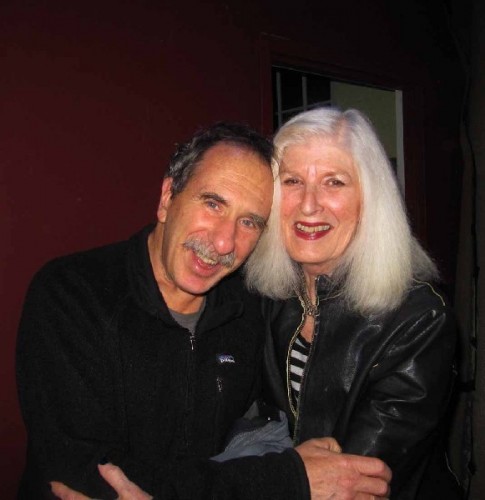 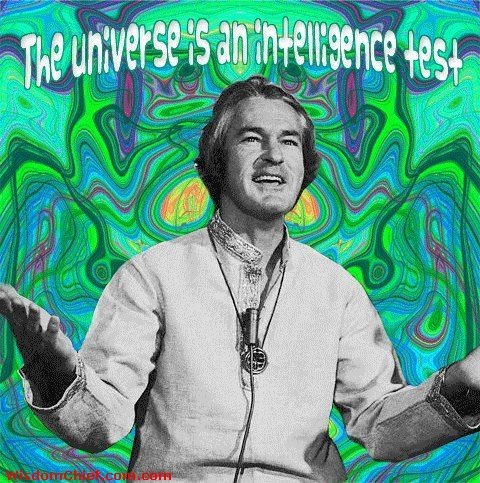 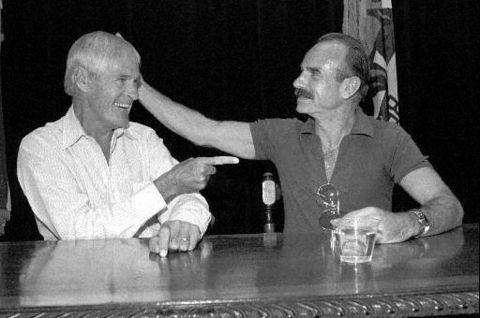 Leary and Watergate Plumber, G. Gordon Liddy, went on the road together. 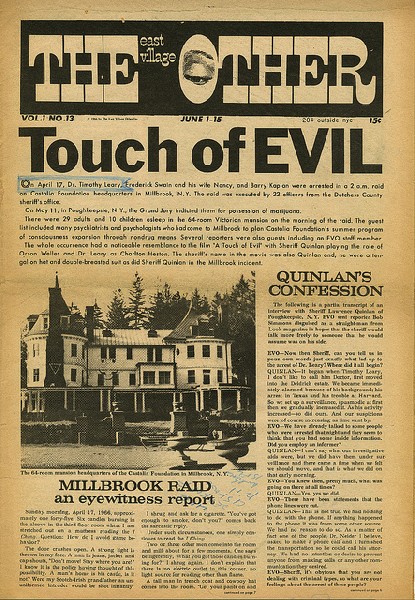 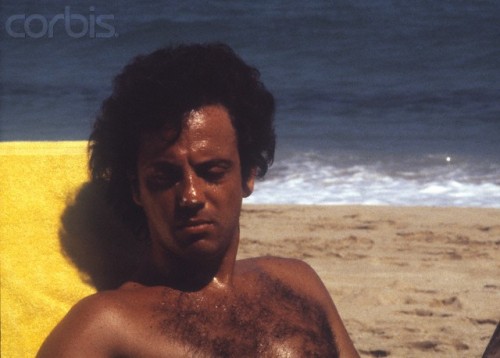 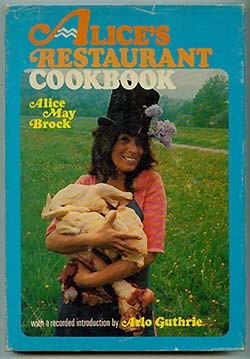 Benno shot the illustrations for the Alice’s Restaurant Cookbook. 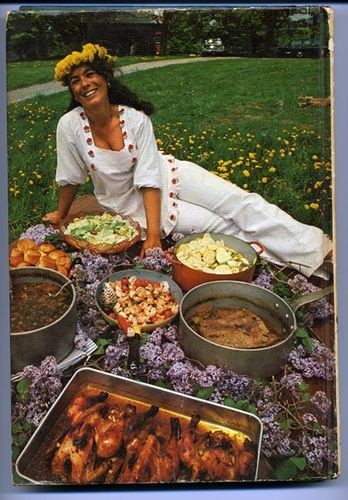 A portrait of Alice from the cookbook. 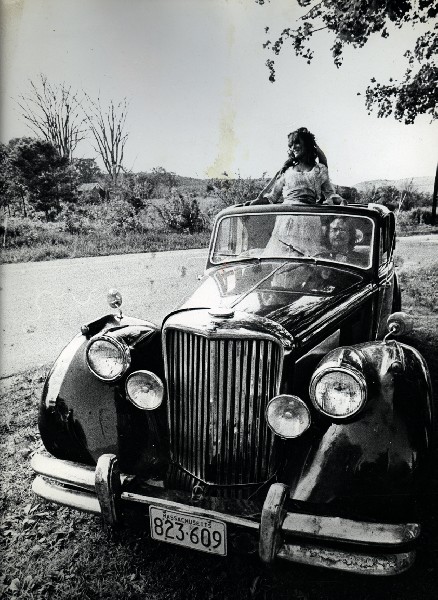 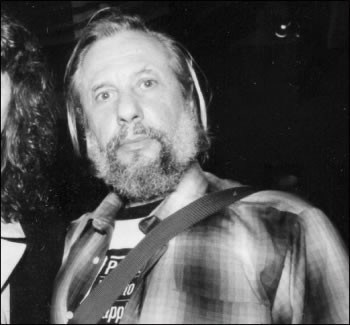 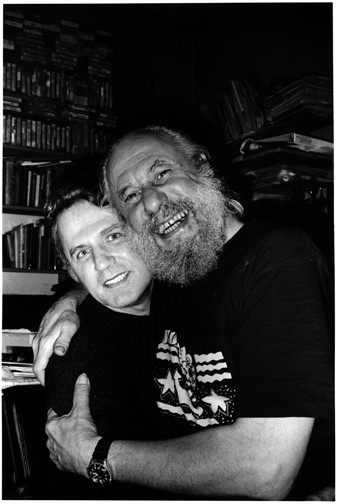 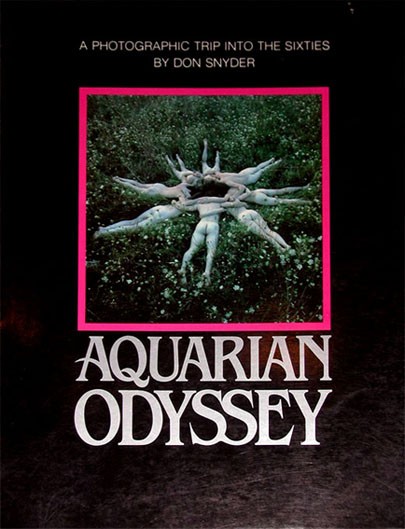 The cover of Snyder’s book of photographs. 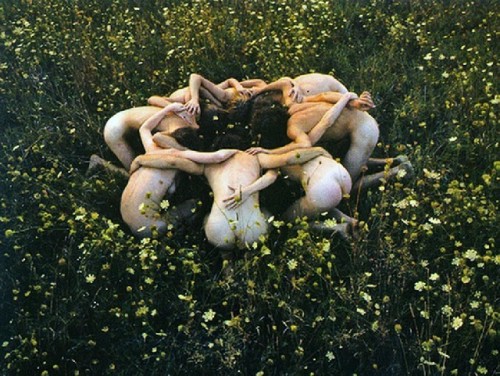 Snyder captured the free spirit of the era. 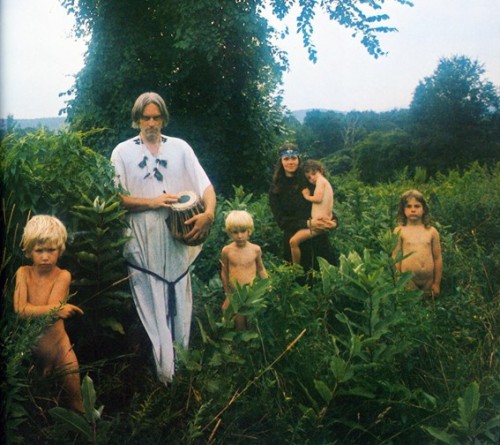 There were always lots of kids. Snyder. 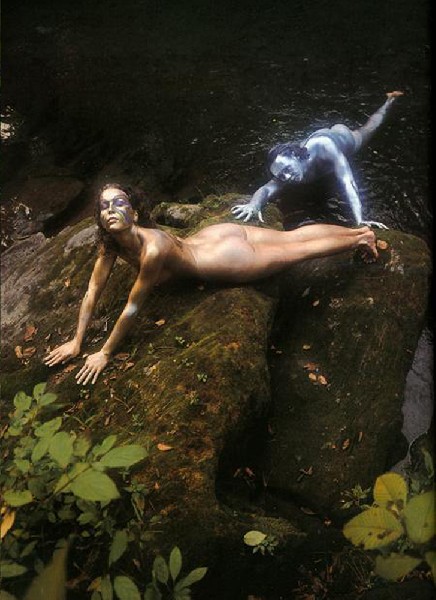 Giuliano in silver reaching for a friend. Snyder.

Charles Giuliano Our friend the chef Alice Brock of Alice’s Restaurant recently returned for a weekend of events at Dreamaway Lodge in Becket. It was great to see her and we posted a preview. You went on a different night. Can you discuss what it meant to see her again the Berkshires? She lives in Provincetown and told me that she came to celebrate Thanksgiving with you last fall. Of course it was taking out the garbage from Thanksgiving in the church of Ray and Alice that led to the arrest of Arlo Guthrie for littering resulting in his epic song, later Arthur Penn movie, Alice’s Restaurant.

Benno Friendman I had a real good time at Dreamaway Lodge. I went with Stephanie (his wife). We arranged for a couple of tables that included Billy Russell and Sandy, Rick Robbins and Laurie, Jim Jacobs and Kathleen, Linda Lemole who came in from California. (She drove Alice from the Cape).

Because of her health Alice hasn’t visited the Berkshires that often over the past decade.

CG She didn’t appreciate when we arrived at her door unannounced in P’ Town a couple of years ago.

BF I’m sure she told you that.

BF Alice has never been shy. Shy and Alice have never been used in the same sentence.

CG You were at the Stockbridge School so Ray and Alice were your teachers?

BF No. I graduated the year before they came. They were only there for one year. We became friends. I spent a great deal of time with them and folks that lived at the Church. We almost inseparably played and worked together. My focus was different as I was already working as a photographer. (Like the 1970 Times Square series.) I was in New York during the week except for one summer when I joined Ray’s construction crew. It was the Trinity Racing Association and Heavy Duty Construction Company.

CG You were racing motorcycles.

CG I remember one of those races when we took over rooms in a motel on the Cape.

BF We did that every weekend for three years. I was never any good. I always went faster than I was able to go. So, inevitably, I fell down.

CG That’s been the story of your life.

BF But not in group sports.

CG One rather unfortunate experience was playing squash with you. Part of the nightmare was the drive to the courts. I was totally terrified. Behind the wheel you were a maniac. At one point you were notorious for racking up speeding tickets on the Taconic.

BF Yeah. There’s a record of that. I was unfairly targeted by the police. But I made it easy for them to find me. I was among that first generation of long haired hipster types. The police didn’t take kindly to people with long hair. I was pulled over almost every time I traveled to or from New York by virtue of the fact that the car I had was a school bus yellow Mustang. That was before the color was available from the manufacturer. I had the car repainted after I bought it. The car did glow in the dark. (both laugh) One time when I was pulled over they used a tire gauge and found that I had slightly less tread than allowed by law. They arrested me and took me to Poughkeepsie. That was quite far away. They handcuffed me to the wall. They were about to get someone to come in and shave my hair off but luckily I got bailed out before that happened. That’s the kind of environment we sailed in at that time.

CG You had some interesting guests to your Berkshire home over the years. Including a visit from Tim Leary. He was at the time living in Millbrook, New York on the estate of Peggy Hitchcock. I understand that at the time the FBI had your home under surveillance.

BF I have no knowledge of that. Not being cute I just have no information. The Tim Leary thing is interesting. Actually at the time it wasn’t funny and got me uptight. My friends Don Snyder (photographer) who was a good friend of Tim’s took me to Millbrook a couple of times. Peggy Hitchcock had given it to Tim and his group for quite awhile until they came to their senses. I remember seeing Charlie Mingus there. He was walking around trying to figure out why he was there.

CG There is a story about Mingus tripping in Htchcock’s New York apartment. Allegedly while on acid he fired a shotgun into a wall. That would surely blow my mind.

BF Tim was making a movie. Of course without script. Without time table or any production. Or any oversight. It was just a couple of freaks on acid with cameras shooting people having their faces painted. Of course it’s a movie that didn’t get made.

CG That sounds like Chappaqua (a 1966 cult film written and directed by Conrad Rooks. The film is based on Rooks' experiences with drugs and includes cameo appearances by William S. Burroughs and Swami Satchidananda.) It was more terrible and boring than far out. I reviewed it for Avatar.

BF The Leary film was very similar. It was nuts.

BF In any case one afternoon Don said “Tim’s down at Millbrook. Why don’t we pick him up and bring him here?” I said “Ok, but we have to be really cool about it." Because Tim had been busted at Millbrook by one of the Watergate Plumbers. I can’t remember his name. He was a hired gun who actually went in to do the dirty work. He was convicted and sent to Danbury. I photographed him there for Esquire. Because at my age I’ve lost half my mind (the 1960s didn’t help) I can’t remember it. But you’ll know it immediately.

This is how weird everything was at the time. He was then the DA of Duchess County and he and Leary ended up going on the road together. (Debates and happenings between Leary and G. Gordon Liddy) They did standup shows at different venues around he country. On some level they ended up as buddies. Tim, Rosemary and a third party I can’t remember visited me.

BF No first let me tell you about this night. I picked up Tim and we’re driving in my station wagon with the Yin Yang symbol on the hood. I said to him “Please be cool.” He was in this tiny town (Millbrook) in upstate New York. A million eyes were on him. Tim and Rosemary got in the back of the car. We pull out of the driveway and a copcar starts following us. Tim’s response to that is to pull out a hash pipe and start smoking.

I was sure we were all going to jail. For some unbeknown reason they didn’t pull us over.

We made it safely back to Camp Sunshine. That was that.

CG Talk about our photographer friend Don Snyder who passed away a couple of years ago.

BF Don is a complicated subject. He was an important early influence on me. He lived on my property for five years. I’m still close to his two children, Degan and Ariel. We sort of adopted them as their parents became increasingly incapable of looking after them. At the end of his life Don was more and more a self destructive artist. It was impossible for anyone to help him without sacrificing yourself in the process.

CG You kept two simultaneous streams as a commercial and fine arts photographer. Both aspects were successful. As an artist you were included in the Whitney Annual and showed with a major photo venue New York’s Light Gallery. Your experimental work, particularly early on in tandem with Don, was always exciting and inventive.

BF The fine arts career was absolutely the primary driver in my life. The commercial world was a way to make money to support it. Many artists. Actually I’m not going to use that term. Many people working in non commercial arts supported themselves by driving a cab, waiting on tables, teaching, doing construction, being an assistant to somebody else. Those are the primary ways for an artist. Shit. It’s hard to avoid that word. The reason why I have a thing about is that people say “Are you an artist?” Not just me that’s a question asked of anyone who has an exhibition. Work that they shot of their cat or baby. Then manage to get it up in a coffee shop. When asked the usual answer is “Yeah I like to think of myself as an artist.”

To me the term artist is an honorific. It’s something I try as hard as I can not to call myself. It’s not to be used in a casual fashion. Without doing verbal gymnastics I am finding it hard to use another word. To use a term that can replace the word artist. I think artist is an elevation of craft and technique and perception into something much larger. An artist provides access into a place that others can’t casually wander into.

It implies a profound revelation of soul and individuality or revelation of place. They are profound enough to put themselves into a place that can’t be easily traveled to. The challenge is to extract interesting work from that. That event evolves over time into a series of places that are explored. Those places are either literal or metaphorical. At that point I start to think of someone as being an artist. Someone who has really contributed to the body of knowledge that we have about ourselves. Our world. And the world we imagine.

But to talk about people who have spent six months with a set of watercolors and give them that title is not easy for me to do. So I apologize for hedging.