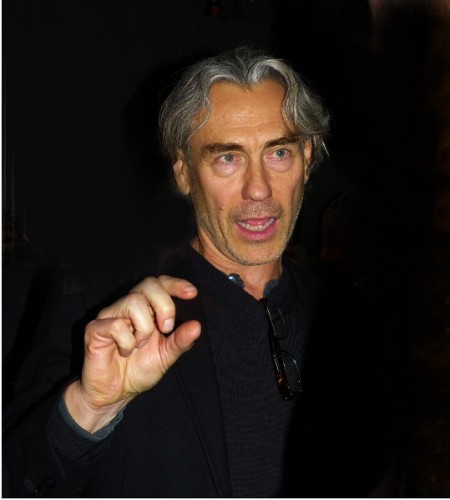 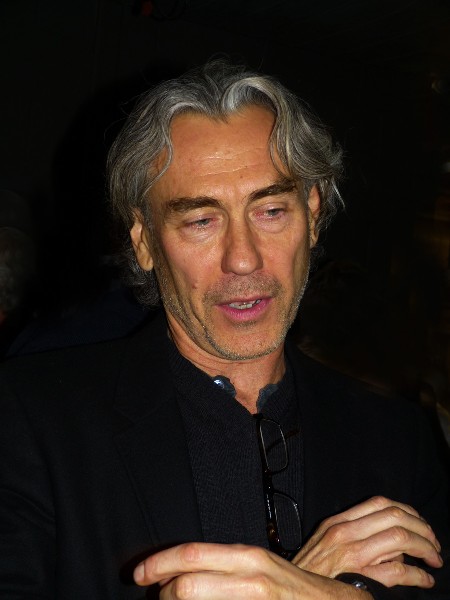 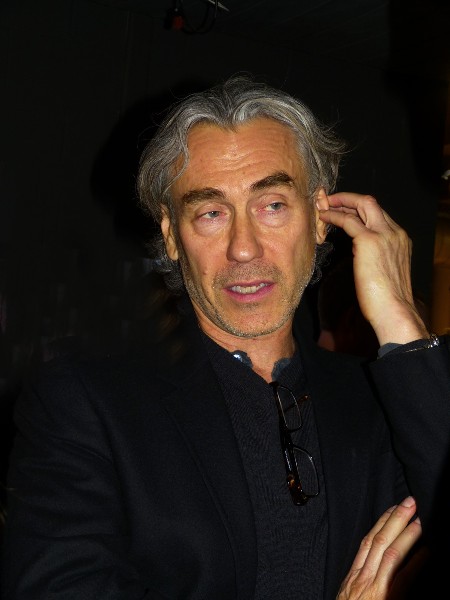 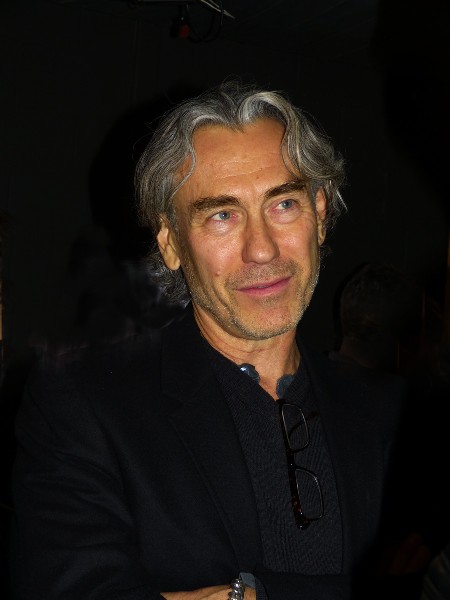 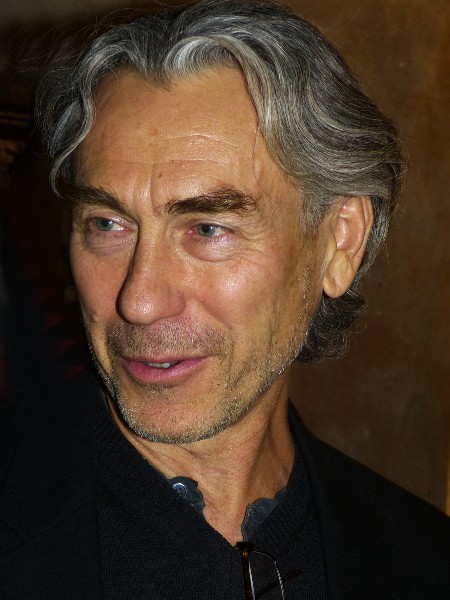 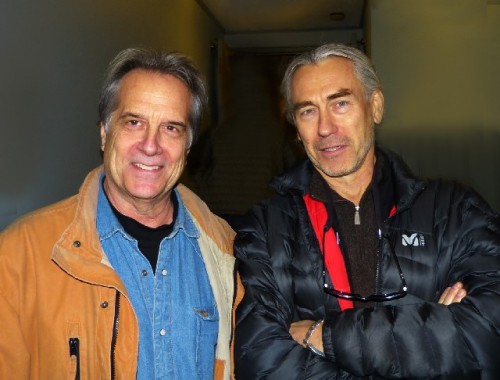 A cliff hanger from Bourne Identity. 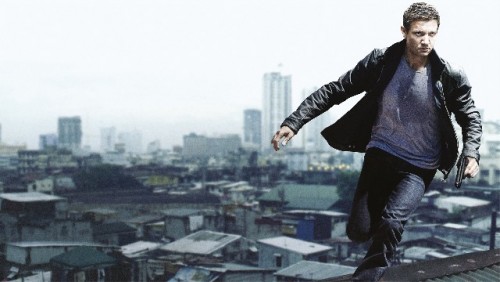 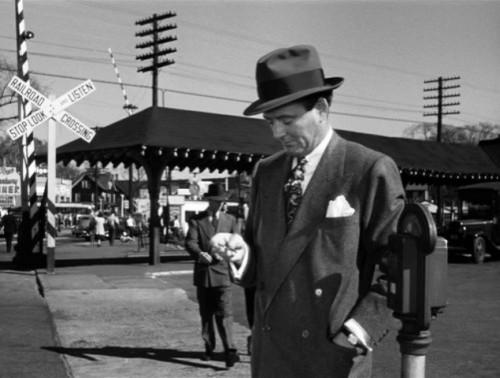 A clip from Hitchcock’s Strangers on a Train. 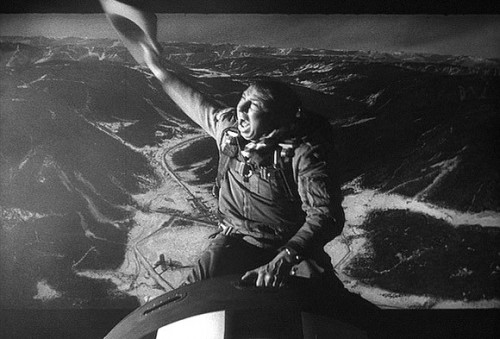 The A Bomb as a bucking bronco in Dr. Strangelove. 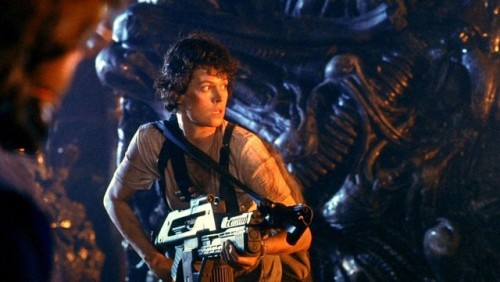 The genre changed after his "messy" scene from Aliens.

Those mysterious horses in the car bombing scene from Michael Clayton. 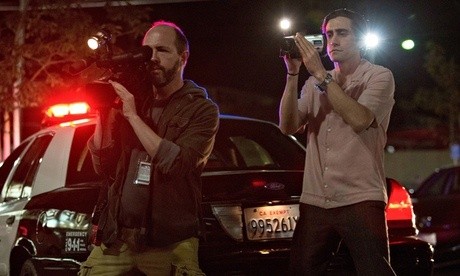 Combined, the four films written by Tony Gilroy- The Bourne Identity, The Bourne Supremacy, the Bourne Ultimatum and Bourne Legacy- have raked in a cool billion dollars. He also directed the last one in the series. In addition he wrote and directed Michael Clayton with George Clooney and Tilda Swinton which earned seven Academy Awards nominations.

In a two hour presentation of clips from Bourne, his and other classic suspense films, Gilroy presented a master’s class on state of the art filmmaking for an enthralled audience at the Hunter Center of Mass MoCA.

The event which was hosted by artistic director, Steve Lawson, with the artist Stephen Hannock an Oscar winner as discussant, was a highlight of the 16th annual Williamstown Film Festival.

There were some questions which he politely blew off with charming panache. Like why did Matt Damon appear three times as the covert operative gone rogue Jason Charles Bourne, starting in 1988, but passed on the fourth film in the series. Jeremy Renner co starred with Rachel Weisz in the 2012 film Bourne Legacy.

It evoked a smile and shrug from Gilroy. The change of lead character more or less killed the series which until then had been a cash cow.

Speaking of which to what extent has Robert Ludlam, the author of the Bourne suspense thriller, benefited from the platinum films? Again there was a polite but firm brush-off.

“Don’t go there” he commented an apparent reference to a sore point. He added that he had not read Ludlam nor had any of the major participants in the film series.

By way of illustration he screened a thrilling clip from the first film in which Bourne is just coming to realize the intense power and skills that he possessed. Pursued by police in a foreign country he dashes into the American embassy for refuge. But even there he is outed and attempts are made to subdue and arrest him.

In the nail biting sequence we see him reduce security to a puddle then fend off a small army of pursuers. Instinctively, in his escape he grabs useful things like a radio, a gun that is then discarded, as well as a plan of the embassy ripped from the wall.

As Gilroy explained it is really a writer’s scene as much as a director’s. It establishes his character. Bourne, a victim of imposed amnesia, is discovering his Identity just as we the audience are. Later, after that mayhem, he washes his hands of blood while looking intently in a mirror wondering just who and what he is.

Significantly, as Gilroy commented, that look in the mirror and search for self was the key plot point and incisive moment that would sustain through four films.

During discussion of the scene Lawson observed that Bourne had gotten out of trouble. With a laugh Gilroy responded "Steve, Bourne is never in trouble."

The clip illustrated the inside out approach of the Bourne series which was unique to its style. Much of the success of the action sequences emerged in the process of creating them. He gave much credit to his brother John. His film editing from diverse footage created the tense and effective pace and timing of the film.

This open ended, seat of the pants, spontaneous technique was contrasted with the minutely story-boarded Alfred Hitchcock approach. For discussion Lawson selected a number of clips including one from Hitchcock's Strangers on a Train.

There was another “classic” tribute to the anniversary of Stanley Kubrick’s 1964 masterpiece Dr. Strangelove. It focused on the final scene when a cowboy pilot played by Slim Pickens rides an A Bomb like a bucking bronco to its target.

While having seen the film numerous times Gilroy surprised us by stating that it never really moved him. In his view it was too “wink, wink” or a spoof. Hannock reminded us that the threat of the bomb was very real at the time of the film. In school we were drilled on getting under our desks in the event of an atomic attack.

Lawson added that Pickens was a last minute casting as Peter Sellars, originally slated to add this as his fourth role in the film, got sick. Lawson added that Kubrick quipped that Sellars played three roles but got paid for six. He also noted James Earl Jones in the scene in one of his first film appearances.

In creating the modern approach to suspense films Gilroy discussed a “messy” clip from Aliens with Sigourney Weaver. It entailed a count down of the approaching invaders. He talked about how such a scene might take a week to develop and shoot. With one full day of shooting the set details without the actors. And a non shooting day to prep the actors.

Later during the Q&A Gilroy was asked about the dividing line between art and technology. Like the device of a count down or a musical score with beats calibrated to raise the heart rate of the audience.

In response he commented on the cheap tricks of the film medium. There are too many big budget thrillers that rely on the obvious. They may score a five out of ten with audiences which is enough to make back the investment. But it’s not art. He commented that even a great master like Spielberg has lax moments in his films when it is clear that he is uninspired or faking it. Gilroy was firm in setting the bar high.

Asked about the role of music and at what point composers are brought in Gilroy stated that it is a crucial element in the success of a film. But like salt, which provides flavor to otherwise bland food, it must be used sparingly. In the editing process a lively sound track can serve as a false positive. He explained that it might convince a director and editor that there is something in a scene which in fact isn't working.

Showing a clip from Michael Clayton we came to a better understanding of how a compelling scene is constructed. The Clooney character is being tracked by assassins. They are methodical and business like, dispassionate in their approach. This contrasts with Tilda Swinton who agonizes about ordering the hit. The hired killers are bungeling the job. The one in the car can't get the bomb to fit. Gilroy underscored the irony that we are rooting for them to succeed while also nail biting over the fate of Clayton.

His character is strangely distracted by horses. Gilmore was asked about that metaphor and how it had occured to him. From a distance the killers set off the car bomb. But they are too far away to note that Clayton has escaped. In an odd response he throws elements of his id-watch, wallet- into the flames and then charges up a wooded slope. There was discussion of that symbolism.

The point being that well constructed action scenes make us think and care about the characters and plot. It is more than just the thrill of a car chase or things getting blown up.

Toward that point he showed a clip from Nightcrawler which is currently in theatres. He was involved with the film's production but not on the set every day. The film is written and director by Tony's brother and collaborator Dan. It was a relatively low budget film so he explained the setup for a shot that could afford only a couple of takes. It shows two rogue TV news freelancers, nightcrawlers working the dawn patrol, who have orchestrated a scene where cops are set up to take down alleged killers. The sequence is filmed entirely from the outside of a glass walled, late night LA restaurant. It’s a fishbowl take. The camera never goes inside for the usual close ups. Brilliant.

He also presented the scene from Bourne Legacy in which a scientist flips, locks the doors of the lab, and goes on a shooting rampage. Gilroy described how the elaborate set was built. Initially all of the action was designed to be inside. Then it was expanded to include those reacting outside the lab. At first the shot using extras wasn’t working. They had to find more money to bring in actors. Some of them had auditioned for the film. But they were reluctant to come back as extras with no lines. Last minute measures were taken to fix the situation resulting in a spectacular suspenseful sequence.

After an elaborate shoot Tony related that his brother John was thrilled to have so much material to cut and edit. He gave his brother much of the credit for the success of the Bourne films. "He should be here tonight" he said. "There is so much he could say about what we have been discussing."

It was one of those great nights at the movies when we come away with fresh insights that reach way beyond entertainment. These programs about moviemaking with Hollywood notables are always a much anticipated highlight of the annual Williamstown Film Festivals.