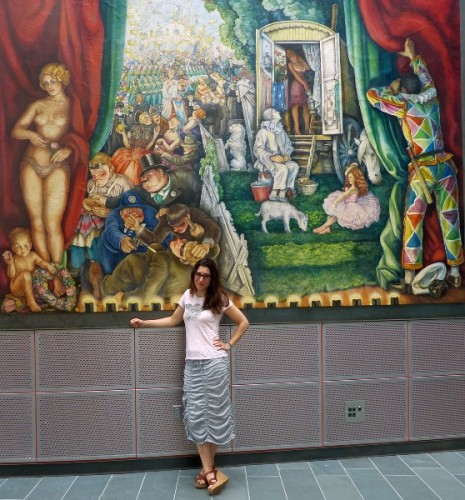 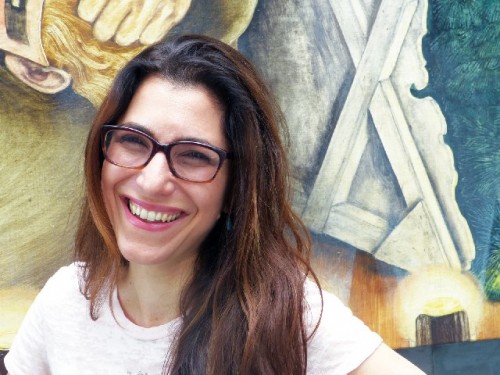 Three musicals among seven shows is an amazing accomplishment.

The third season for Jenny Gersten, artistic director of the Williamstown Theatre Festival, ends on August 18 with the final performance of the Broadway bound musical Bridges of Madison County on the Main Stage and the controversial Blood Play on the Nikos stage.

With a January, Broadway opening WTF will have a strong off season presence in New York City. Last year its production of the musical Far from Heaven enjoyed an Off Broadway run. During her first season plans for a show going from Williamstown to Broadway fell through.

Her three year contract is up for renewal but she stated that she is “uncomfortable” discussing it. She denies that taking shows to New York City or other potential co-productions is an ambition or definer of WTF.

In the opinion of many this was the strongest and most balanced season for WTF in the past decade. The productions were strong at the box office and generally well received by print and on line critics.

After a challenging first season Gersten has grown with a company that has been restored to its status as one of the foremost American regional theatre companies. WTF is viewed as an idyllic setting to present superb productions of classics such as director Nicholas Martin’s Pygmalion as well as develop important new works like Bridges of Madison County. There is even a wild card slot for experimental companies like Debate Society and its Blood Play.

Charles Giuliano Three’s a charm. Congratulations on such an ambitious season. It seems you mostly hit home runs.

Jenny Gersten We got on base.

JG It was. It was insane and going into it we knew it was insane. On the other side of it, with many factors involved, we got through it without a scrape. In terms of physically getting them up. I thought it would be especially hard with Johnny Baseball and Bridges of Madison County back to back. I thought that was asking a lot of our interns and apprentices and the production staff. They did their very best. I’m so proud of them and the festival this summer. They worked so well together in ways that I have never seen this place do.

CG Give yourself a pat on the back. You have grown into a leadership position although you may not want to admit that.

JG I admit that I’m learning. That’s valuable. I’m learning a lot about how it works. What we need to do to keep up our best work which is great.

CG What shape is Bridges of Madison County in at this point? What arrangements did you make with Actors Equity not to freeze it on opening night? You continue to work on and change the musical.

JG We are working within Equity guidelines in terms of opening night. Our contract allows us to keep working.

CG Is that unique?

JG No. Last year we did a little work on Far from Heaven as well.  There’s not a rule with Equity about freezing as opposed to not freezing. There are rules about how much you can rehearse after an opening. We are following those guidelines.

CG How does that work out? Are you given a certain amount of time each day?

CG Do you compensate them for that time?

JG No we don’t have to do extra compensation. We follow Equity guidelines and we don’t rehearse on two show days. We do five hours. Twelve to five.

JG Of course. Every day they put in changes. The company is responding remarkably well. Bart (Bartlett Sher) the director is an incredibly focused leader.

CG We saw it last Tuesday after the opening on Saturday and it had already been trimmed by six minutes. If we saw it tonight how would it be different?

CG Do you go every night?

JG I watch a little bit every night. I haven’t seen the whole thing. I’m actually saving it for this weekend (last performances ending August 18) to see the big change. But I went in to watch for five minutes the other night and stayed for an hour. I was completely drawn in.

CG The Globe review said I want to see this again but less.

JG It was written by a critic from Bloomberg News, Jeremy Gerard. The Globe reprinted it because it was on the wires. He did say that but I think lovingly. He just hopes there are some edits made.

CG The consensus seems to be that the musical at about three hours is too long. The norm for a Broadway musical is about two, one hour acts, or an hour ten or so each.

JG It’s a creative decision and not my place to say. I’m sure there’s market research that supports two and a half hours, generally speaking, as the public’s limit.

CG During the talk back we attended after the show there was the comment that Les Miz runs at three hours and twenty minutes. I have a personal barometer of how a play succeeds or not. It has to do with how often I check my watch or shift around in the seat. If I don’t look at my watch or squirm a play has me totally absorbed.

JG I don’t think you’re alone. Spielberg went to screenings and had a list of sixteen things he would look for. Different ticks to note if someone lost interest.

CG What shape is Johnny Baseball in?

CG Is it going anywhere?

JG I don’t know yet. We’ll see. I think there’s a lot of hope it will continue. The idea, always, is to do something so well that it’s irresistible to have a future life. Our job at WTF is just to do it so well here.

CG You always say that.

JG I Mean it. (emphasis)

CG I tend not to believe you.

CG I see you as a talented, young, ambitious individual with an extraordinary future who wants to take the Williamstown brand further. To have more of a national presence in theatre. This season coming into New York with Bridges of Madison County is a signifier of that direction. During your first year you wanted to take a show to Broadway and that didn’t come through. Last year Far from Heaven went to Off Broadway. You never admit to that being your ambition.

JG It isn’t my ambition. Let me explain. The minute that becomes your ambition then you get blinded by the wrong direction. The wrong way to go. We’re making plays for Williamstown. We’re helping artists. Far from Heaven and Bridges of Madison County both came to me and said “We can use a home prior to going to New York to let us see it. We want to be in Williamstown because we love it there. We love creating work there. We believe in the environment there.”

But it’s not about New York City. It’s about helping artists to obtain their greatest artistic freedom.

CG We hear that you’re getting a lot of those calls.

JG You hear that? I don’t know.

JG That’s very flattering. I don’t find that to be my experience.

CG People are approaching you with their ideas and projects.

JG Yes but it’s definitely a balancing act. From people bringing projects to me that want to move on. And projects that, by myself, I want to generate.

CG Let’s talk about Williamstown as a brand. It terms of having more work-shopped productions and co productions. Projects that extend beyond the campus and season.

CG Which sources indicate may be shortened. Williams wants to come back earlier.

JG I don’t think they want to come back earlier. There are variations in the calendar year. Based on Jewish holidays and where certain days fall. That has always, for decades, affected WTF. Next summer we’re probably looking at a shorter season. By a week. And then it will re-expand.

CG How will that impact your four and three? (Three Main Stage and four Nikos productions)

JG I don’t know yet. We’re still looking at it.

CG You have a phenomenal brand.

JG It’s been a phenomenal brand for decades. I thank you for the compliment.

CG Before you the artistic directors have also been directors. During the off season they had their own projects and plays. That doesn’t describe you. It doesn’t appear that there would be a conflict for you to develop projects and collaborations during the long off season. Perhaps with work-shopped or co productions that then might come to WTF for another iteration.

The off season seems like a big window to throw some things into.

JG I feel that the mission of the Williamstown Theatre Festival is to produce theatre in Williamstown. Not to develop new work off site. So it’s a bit complicated. I see what you’re saying. Perhaps there are windows and we’ll see. But I pride myself just as much in being a CEO as an artistic director. In the off season I’m looking at the business. How we can improve the business.

CG That’s the side that we generally don’t talk about. Raising money and pressing the flesh. What’s your comfort zone with that aspect?

CG We live in a community with four major theatre companies, Tanglewood, Jacob’s Pillow, Mass MoCA, The Clark and other museums. All with big hungry mouths drawing on the same pool of donors.

JG There’s a lot of competition.

CG You have a unique relationship with Williams College and its alumni base. Overall that’s a lot of arts organizations looking to the same resources.

JG Yeah. Well there’s a lot of local pride within this community. Beyond that there are other pockets. That I can pick (laughs).

CG At what point do donors feel tapped out or pressed upon?

JG I think it’s only if you go back to them more than once in a twelve month period. We try not to do that. We generally don’t have to do that.

CG In 2008 when the markets tanked I recall Nicky (artistic director Nicholas Martin) telling me that he couldn’t afford to do a musical that year. He wanted to but couldn’t. Fast forward to 2013 and you do not one but three musicals. That indicates better resources and recovery.

JG I fully believe that you have to spend money to make money.

CG You have to have money to spend money to make money.

JG We try not to spend it without having it. We’re smart that way.

CG To what extent is WTF a part of the equation of marketing the Northern Berkshires as a destination for cultural tourism? It had to hurt having the Clark Art Institute largely out of the equation while undergoing expansion and renovation. It will be open by next summer. To what extent do you talk with Joe Thompson (Mass MoCA) and Michael Conforti (Clark)? What kind of dialogue exists among you? How do you improve marketing in the Northern Berkshires?

JG We have those conversations very socially. They’re not codified in some kind of effort. We had a meeting with Barrington Stage, when I first became artistic director, with Barrington, Shakespeare & Company and Berkshire Theatre Group about a unified effort to market. It just didn’t hold for whatever reasons. There were a lot of cooks in the kitchen.

In this day and age you’re right to talk about pre recession, 2008, and now. There are less dollars being spent overall. Not just personally but institutionally. Those dollars get spent very carefully. So we would be wise, collectively, to figure out how to do that. The problem is that each institution has such a distinctive profile that it’s hard to collaborate and not loose sight of what those profiles are.