Gunther Uecker at Haunch of Venison 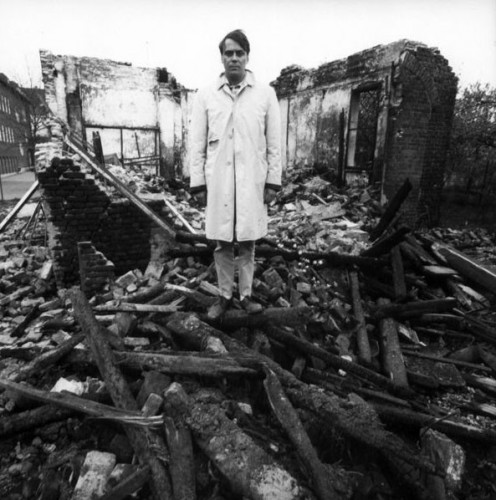 Vintage portrait of the artist. 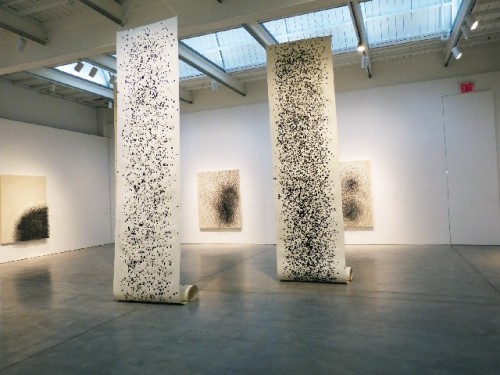 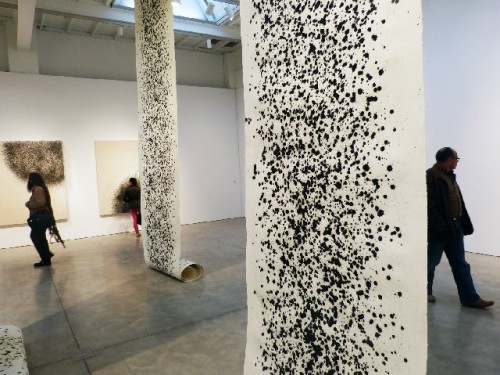 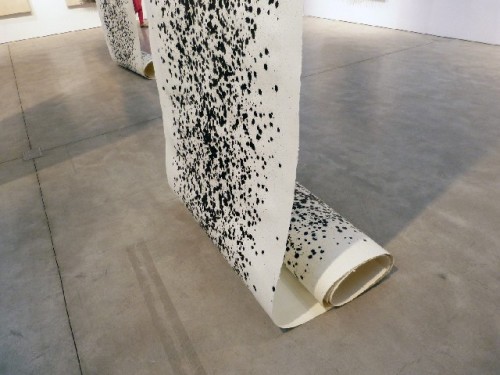 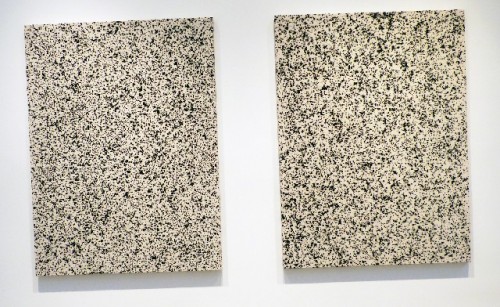 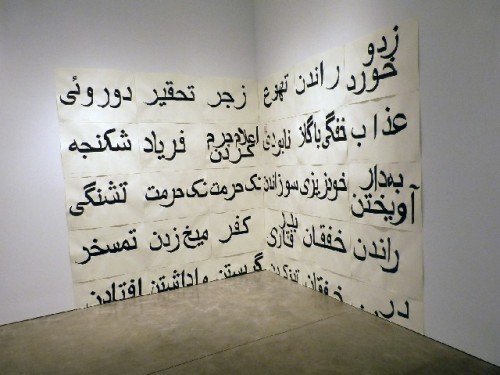 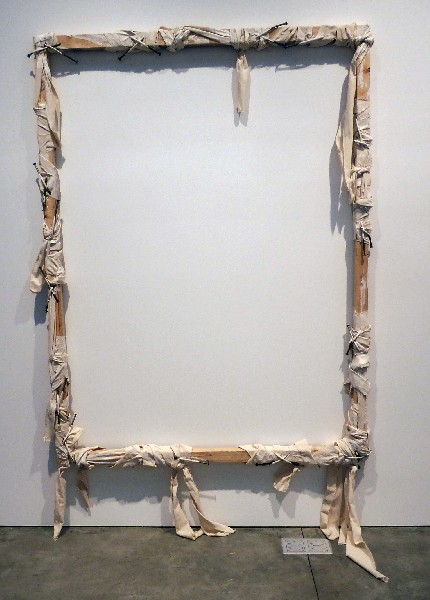 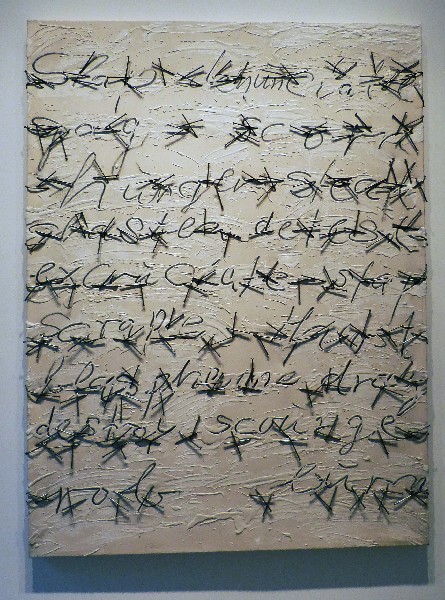 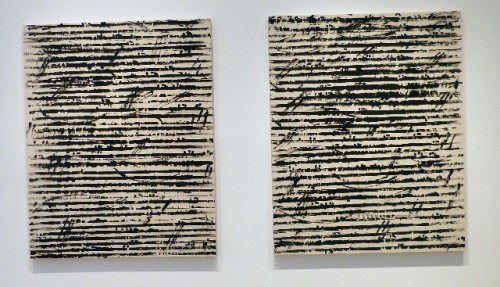 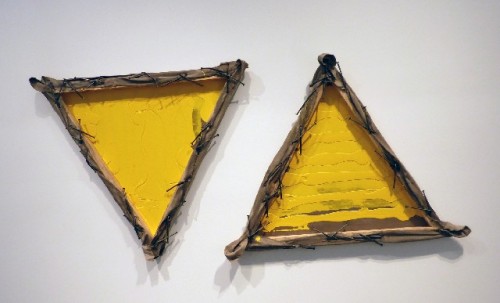 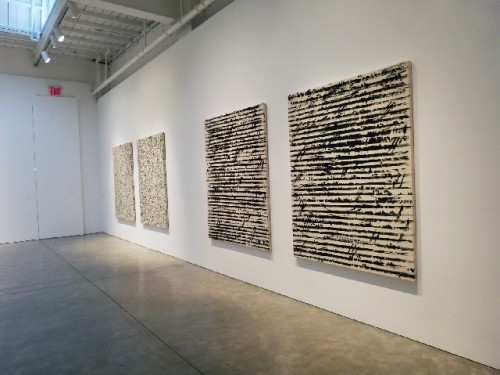 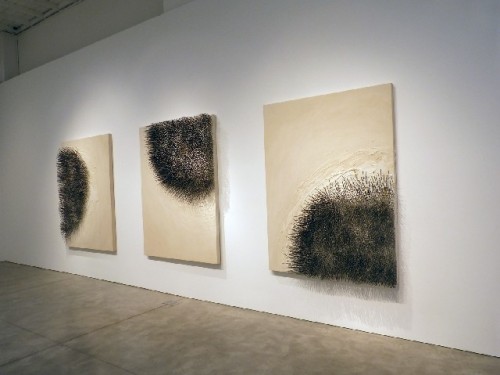 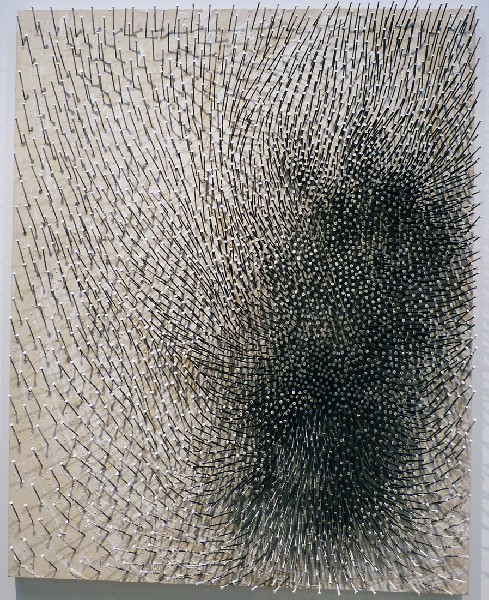 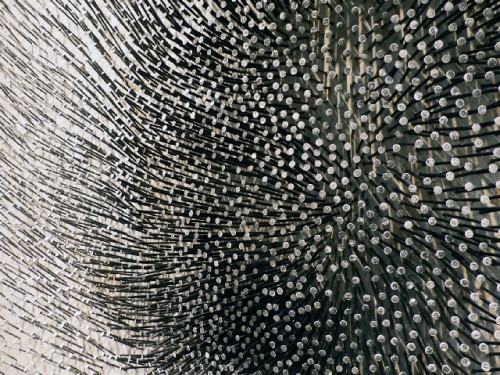 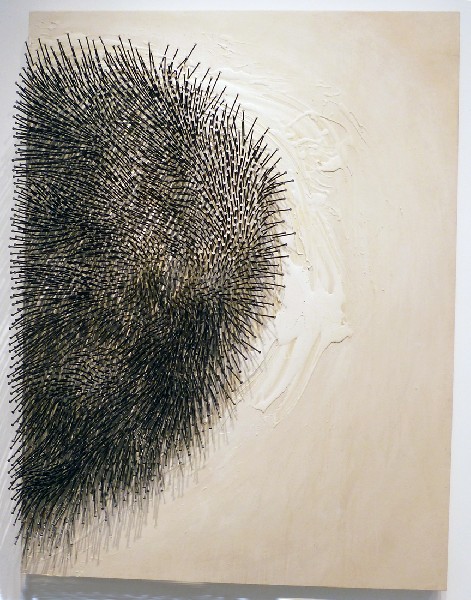 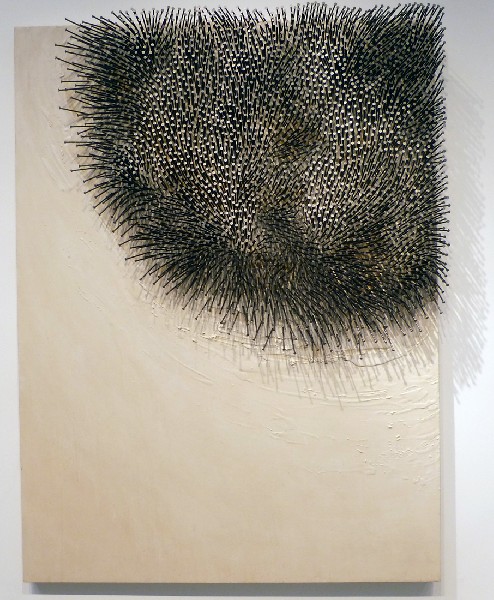 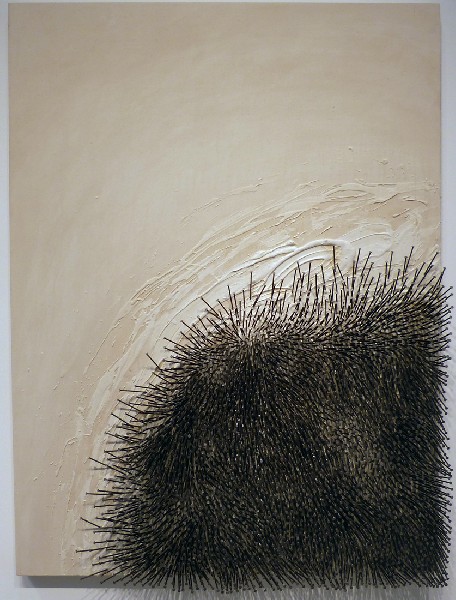 Gunther Uecker met the group Zero artists  Heinz Mack and Otto Piene in 1960. They championed a new art based on industrial materials, light, kinetics and technology in opposition to the German Informel. The last official Zero exhibition occurred in 1966. After that Uecker increasingly used nails to create undulating light and shadow over his paintings as well as hammered into objects and furniture.

Because of their ersatz moiré patterns and low key after images his work was equated with the Op Art movement which occurred around the time of the emergence of the more dominant Pop Art.

Like Piene and Mack later working separately, light and electricity continued to inspire him. Natural materials such as sand and water were included in his installations. Uecker's oeuvre includes painting, object art, installations, stage designs and films. In 2000 he created a nondenominational prayer room for the  Reichstag building in Berlin.

We know of the Zero movement primarily through a long association with Piene whom my wife, Astrid Hiemer, worked under when he was the director of the Center for Advanced Visual studies at MIT. She was a translator/ editor of a vast monograph on Piene which was recently published following many years in process.

Previously, we have written about Piene as well as the exhibitions on Zero organized by the Sperone Westwater Gallery in New York City.

The exhibition of a number of new works by Uecker, on view at Haunch of Venison   (550 West 21st Street, New York, New York, 10011) through December 21, offers a rare opportunity to see his paintings and objects in depth. It is his first New York exhibition since 1966.

There were both the familiar aspects, updates of the nail series, as well splattered black on white scrolls suspended from the ceiling in the midst of the installation. A corner piece on multiple sheets of paper with a text in Farsi exposed us to his religious interests.

Apparently, Uecker found “confrontational” words from the Old Testament and etched them into the paint before driving nails through them. This was information gleaned from the gallery press release. There was an absence of signage or wall labels indicating this theme. This text is what was transformed into Farsi. It was not, however, translated for the edification of gallery visitors.

The primary impression is of an exhibition of abstract works. Again, the press release reveals that two triangles represent a “deconstructed Star of David.”

Striving to create a dialogue for the three peoples of the Book he states “Art cannot salvage humanity, but with the means of art a dialogue can be enabled, calling out for the preservation of humanity.”

This rare exhibition widens our view of the artist’s work but the project only hints at and fails to engage in his complex intentionality.

It only further confounds the conundrum of Zero which is widely celebrated in Europe and little understood or fully appreciated by the American art world. In this case there is more to Uecker than meets the eye however immediate and compelling we find the nail pieces. For openers, let’s extract them from discussion of Op to which they have at best serendipitous connections.

Arguably, the nail pieces were more about repressed, post war expression, a very physical art of attack and action, than an exploration of optical illusions. A more interesting approach would be to compare the Zero inspired nails of Uecker with the Arte Povere slashes of Luciano Fontana. There is a commonality of materials, process and a singularly Un-American sang froid. Might this be contextualized as post war trauma which devastated Europe but took a very different form among American artists as abstract expressionism? There seemed to be a continental shift during the era of the Cold War.

During a time when, as Guibault puts it, “New York Stole the Idea of Modern Art” we have paid too little attention to avant-garde movements like Zero and Arte Povere.